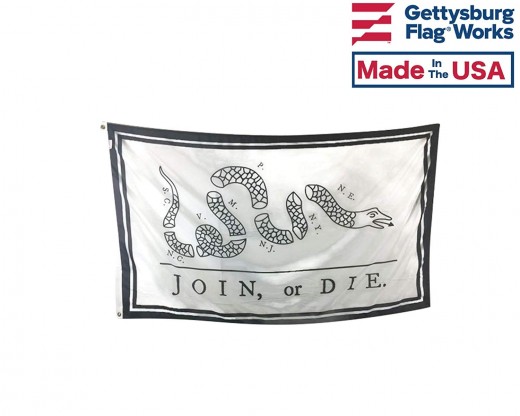 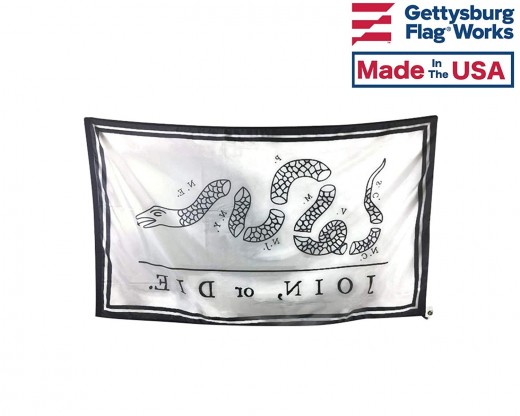 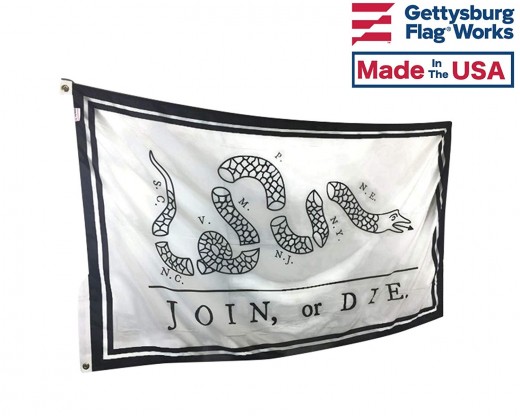 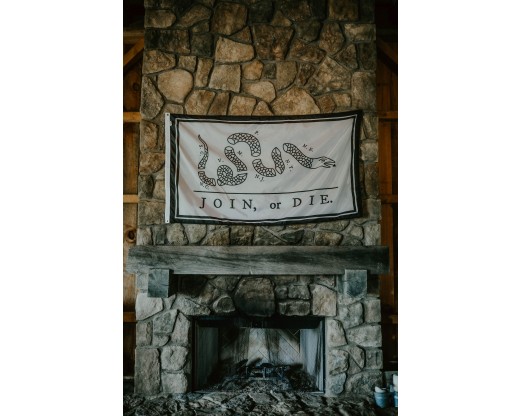 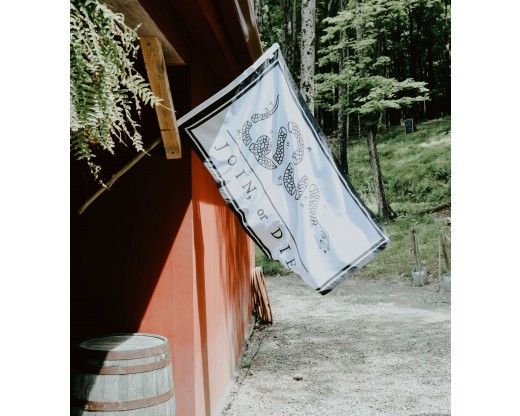 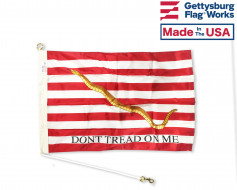 Snap and ring version of the Historical First Navy Jack, ... 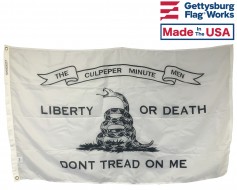 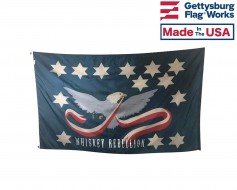 Flag of the Whiskey Rebellion Choose from various size...

Based on political cartoon by Benjamin Franklin, the Join or Die design is an iconic image of the years leading up to the American Revolutionary War. Many took to the design as a protest against the Stamp Act imposed by British rule.

In an ironic twist, the design was initially a promt to unify the colonies together with the British in order to defeat the French during the French and Indian Wars. Later uses were symbolic of colonies efforts to unify against British rule, but the original cartoon omits the colony of Georgia completely.

In modern day, the carving is used to signify the need to unify against tyranny of all types. This flag serves as a way to show off the distinctive design in everyday use, and is the first of many historical snake figures, followed by the Gadsden Flag, First Navy Jack and Culpeper Flag.