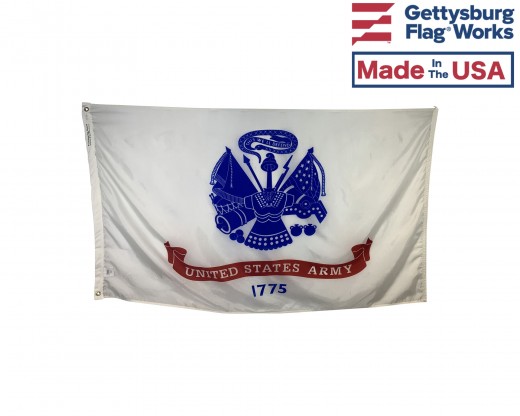 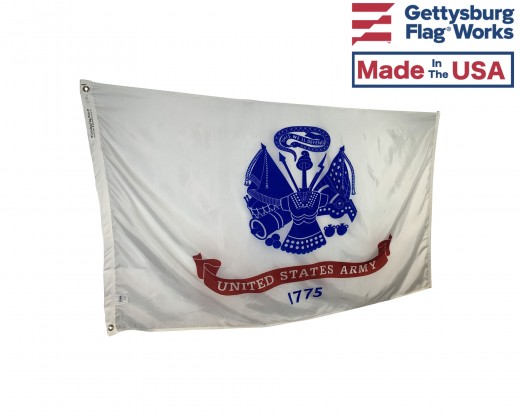 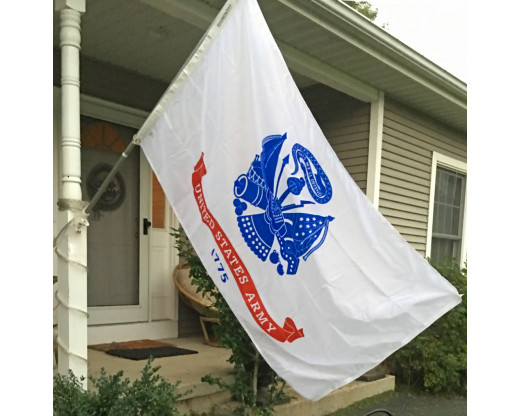 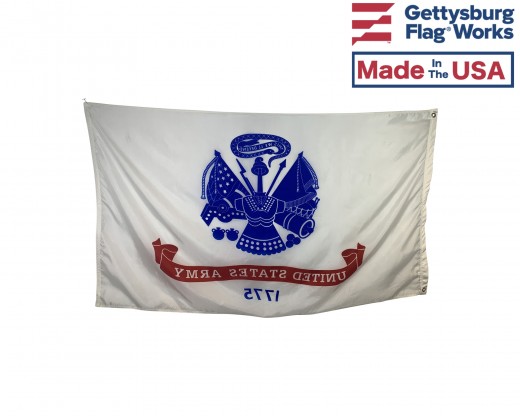 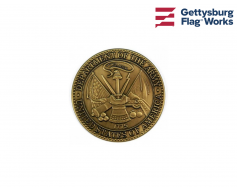 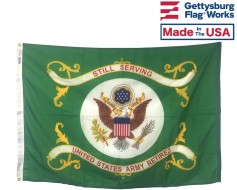 Fly a visible reminder of your commitment to the armed fo... 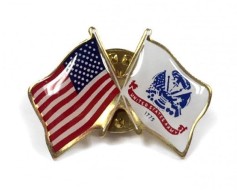 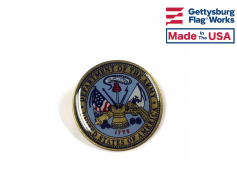 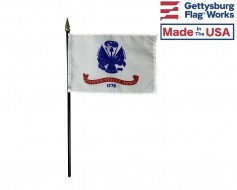 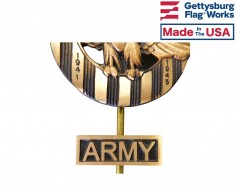 This US Army flag became official on June 13, 1956. Then Vice President Richard Nixon presented it to Secretary of the Army Wilber M. Brucker. Until then, various elements of the Army, from groups and corps to separate battalions had their own flags, but none had served for the Army as a whole. The Army flag was designed by the Heraldic Branch, Office of Research and Engineering, and the Office of the Quartermaster General. The flag is made of white, with a blue replica of the official seal of the War Office*. Beneath the seal is a scarlet scroll with the words, "United States Army" in white letters. The number, "1775", the year in which the Army was created, appears beneath the scroll.

* The seal of the War Office is described as follows: a cannon in front of a drum with two drumsticks; below the cannon three cannon balls. (revolutionary war type) A mortar on a trunion and below the mortar, two powder flasks. (flasks are also revolutionary war type) In the center a Roman breastplate over a jupon (leather jacket). Above the breastplate rises a plain sword with the pommel and guard supporting a Phrygin cap (traditional symbol of liberty) between an esponton (pike) and an organizational color on one side and a musket with a fixed bayonet and the National color on the other side. Above is a rattlesnake holding in its mouth a scroll inscribed, "This We'll Defend."

Well Received
By PP on December 27, 2019
Your Flag was well received. Presently my American Flag flies proudly outside my Apartment and my purchase of the US Army
Flag was mounted by my friend and deeply appreciates.