Medieval flags are some of the more enduring images from the Middle Ages. Today, many European nations still fly medieval flags to signify their rich history.

The Purpose of Medieval Flags & Banners

From the beginning, flags were used for the purpose of identification. By looking at a flag, observers were able to identify the status, association, or religion of the flag bearer. If a flag was extremely colorful, it hinted nobility because peasants could not afford dyes.

Banners were used in wars to help soldiers identify friends or enemies. In the later years, medieval flags were almost exclusively emblazoned with a coat of arms or crest. This practice, called heraldry, began in the 12th century.

The Significance of Colors & Symbols on Medieval Flags & Banners

The colors on a medieval flag had certain meanings. For instance, gold usually symbolized generosity while silver or white represented peace or sincerity. Green symbolized hope and blue represented truth and loyalty. Red, an extremely popular color in those times, represented military strength and a warrior.

Some flags even had marks of cadence which revealed the place a person occupied in the family tree. The oldest son’s, for instance, bears a “label” while the next in line bears a “crescent” mark somewhere.

There were a plethora of symbols that had more subtle meanings and complicated implications. However, one symbol that most people recognize is the lion. Emblazoned on the personal flag of Richard the Lionhearted, the lion is often featured on flags in a variety of positions known as attitudes. 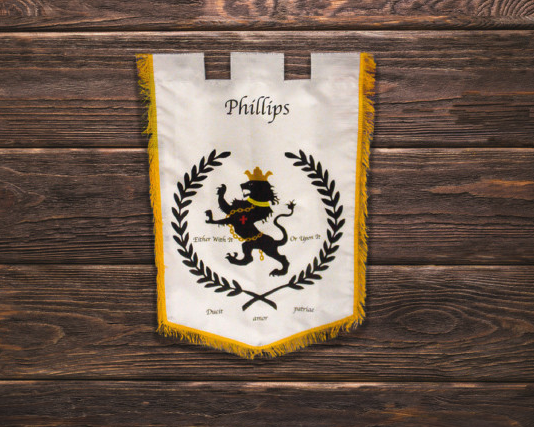 Gonfalon: A long flag that often had pointed ends and streamers. It was suspended from a crossbar and popular in Italy. Today, most colleges and universities have gonfalons for ceremonial uses.

Gonfanon: A flag that was flown from a vertical staff with the symbols going all the way down to the end.

Guidon: A triangular flag of medium size. Guidons are popular in the United States military today.

Oriflamme: It was not a shape or style of flag but was the actual battle standard of the King of France himself. Red and orange in color, it flew from a lance instead of a pole. It was destroyed in the French Revolution.

Pinsil: This was unique to Scotland. It’s a medium-sized flag, flown vertically, displaying the owner’s crest.

Pennon: A medium-sized flag that was attached to the head of a spear.

Banner: A perpendicular long flag. The banner is the most common style of flag and most medieval flags seen today are banners.

Today, medieval flags still capture many people’s interest. Though they are no longer carried into battle, they are still displayed with a great deal of pride.

In addition, many medieval banner styles are still used today, particularly within educational institutions and in the military.

Looking to Create Your Own Medieval Flag or Banner?

The Medieval Ages may be over, but that doesn't mean you can't design your own customized medieval flag! At Gettysburg Flag Works, we're proud to offer an extensive line of customizable Heirloom flags that are ideal if you're looking to create your own unique medieval flag. These flags can feature your family crest, family name or initials, and other important elements that represent your family's history. Check out our portfolio of Heirloom flags and banners here for inspiration!

We also carry customizable classic Heirloom banners, which can be decorated to celebrate your family's heritage and history as well. If you're interested in a family crest banner, this is a great option!

Personalized Medieval Style Family Banners are another popular medieval-style product that our customers are loving! These banners are a bit simpler in terms of design, but they still have the medieval look and feel with a contemporary flare. They make great gifts as well! 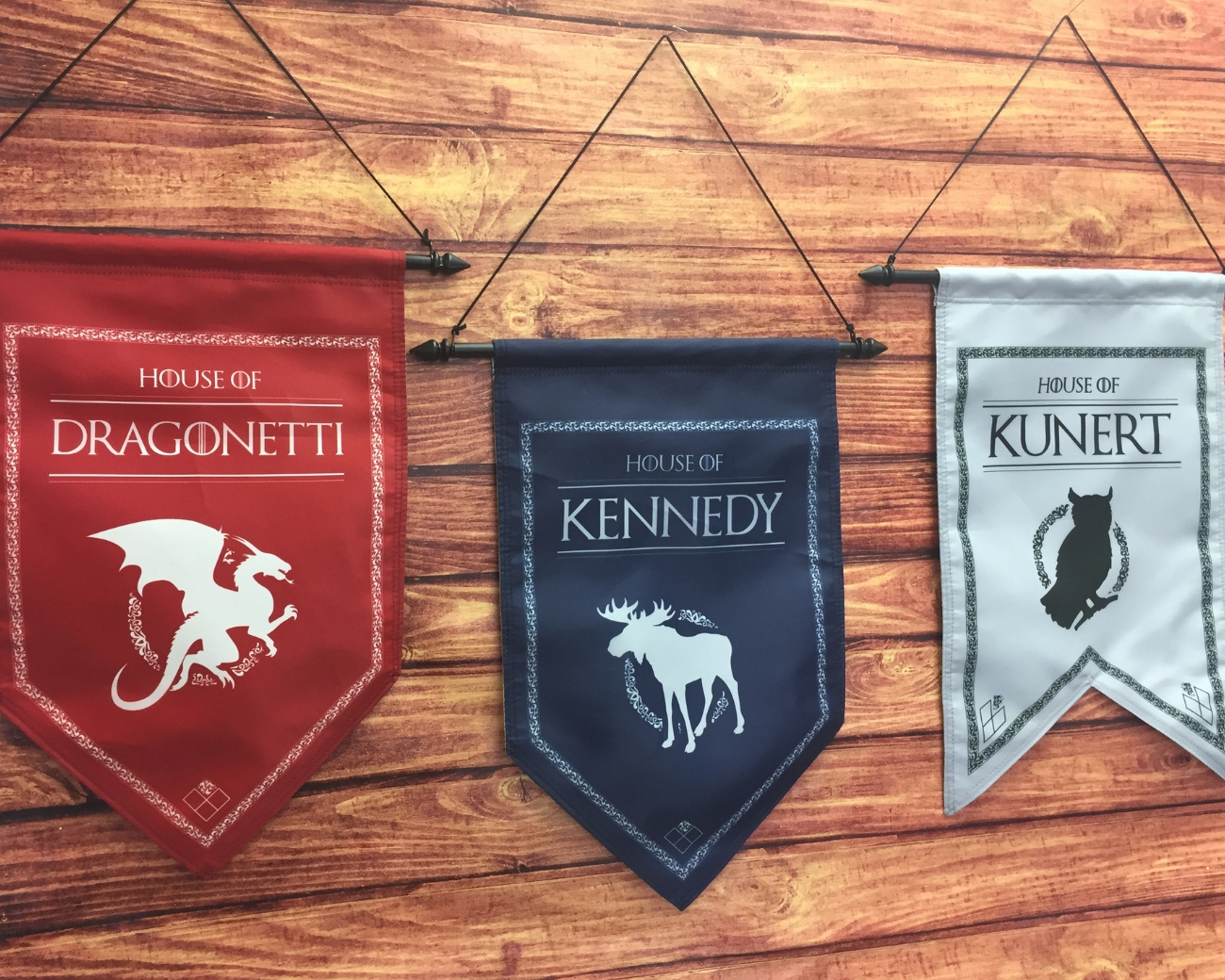 Interested in learning more about medieval flags, or about creating your own medieval flag? Give us a call at 1-888-697-3524 or contact us online and one of our team members would be happy to assist you!