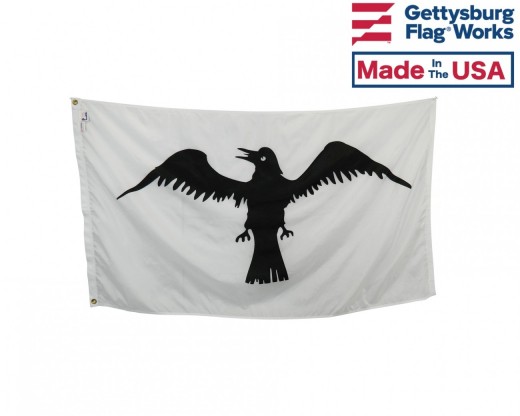 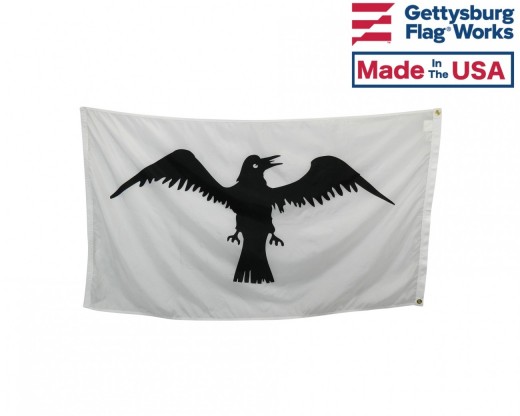 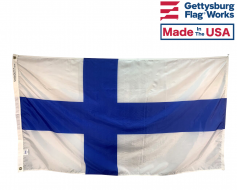 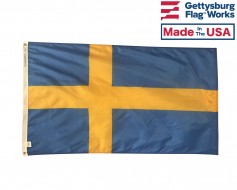 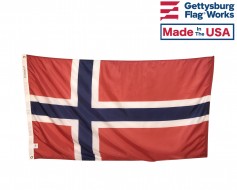 The black raven on a white background is a Viking symbol used by Leif Ericsson and other Norse explorers who made their way to Iceland, Greenland and all the way down the east coast of American as far as Rhode Island. The black raven was considered to be a symbol of good luck and the bird was even used to help the explorers find land during voyages. The history of this flag dates back to 1000 A.D.