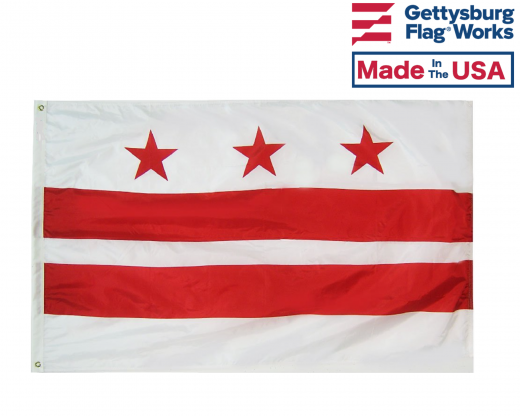 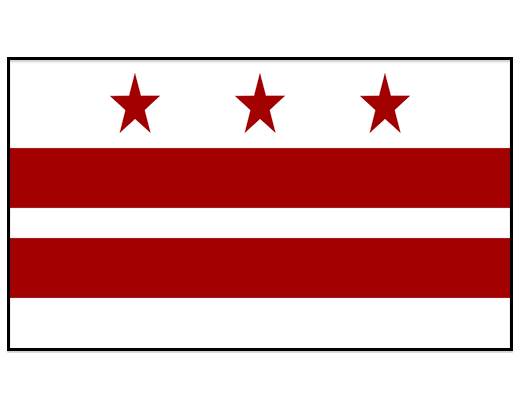 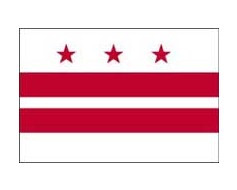 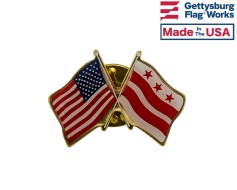 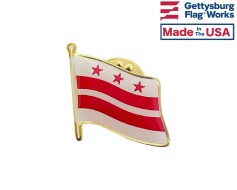 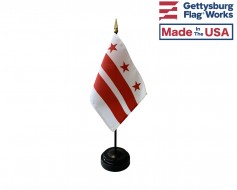 A short history of the District of Columbia flag
The flag of the District of Columbia consists of three red stars above two red bars on a white background. It is based on the design of the coat of arms of George Washington, first used to identify the family in the twelfth century, when one of George Washington's ancestors took possession of Washington Old Hall, then in County Durham, north-east England. For heraldic reasons, the stars are properly called mullets.

For over a century, the District of Columbia was without an official flag and flew several unofficial banners - usually the flag of the D.C. National Guard. In 1938, Congress established a commission to choose an official, original design. The commission held a public competition, and picked the submission of graphic designer Charles A.R. Dunn, who had first proposed his design in 1921. His design was officially adopted on October 15, 1938.

Area of the District of Columbia: 68.3 sq. miles

Super High Quality
By DS on June 15, 2020
The flag came in a couple weeks back and it looks great!! Super high-quality and I love it. Thanks again for getting it delivered in time!!