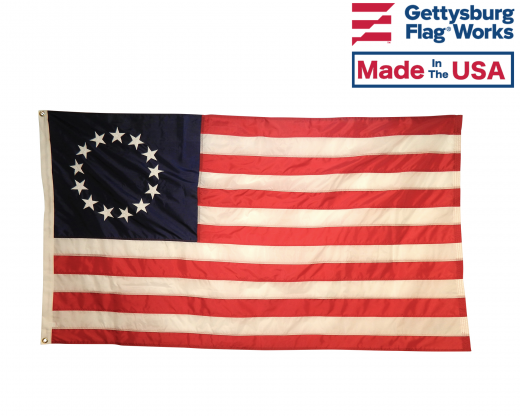 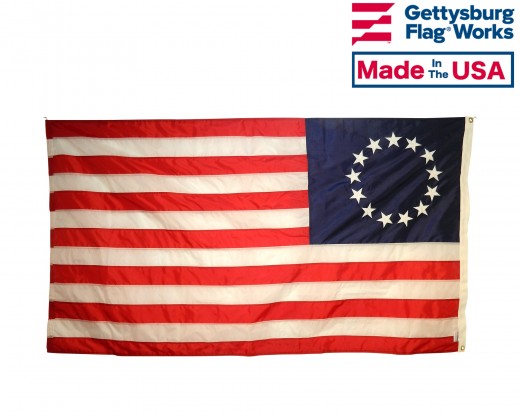 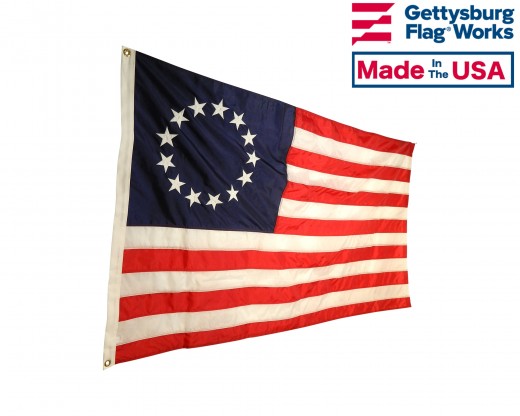 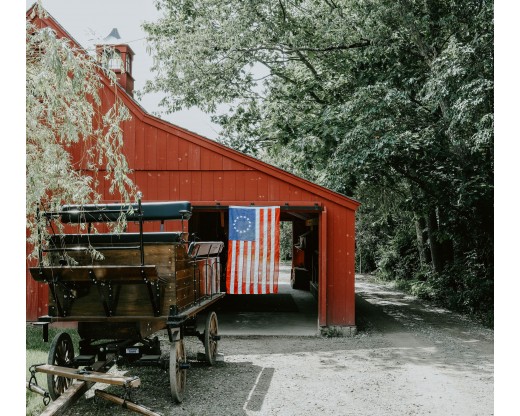 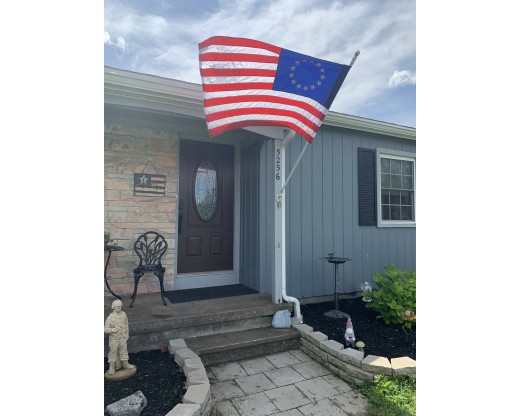 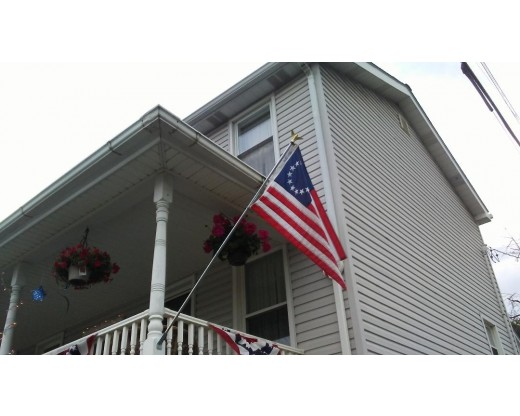 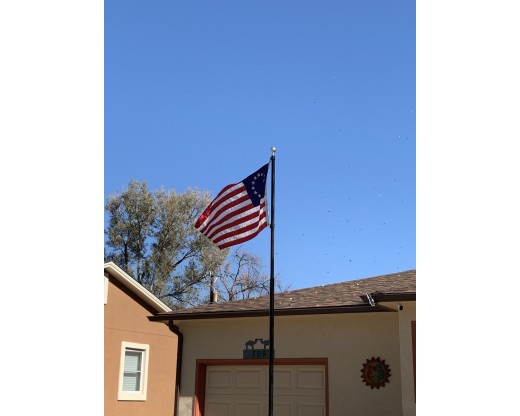 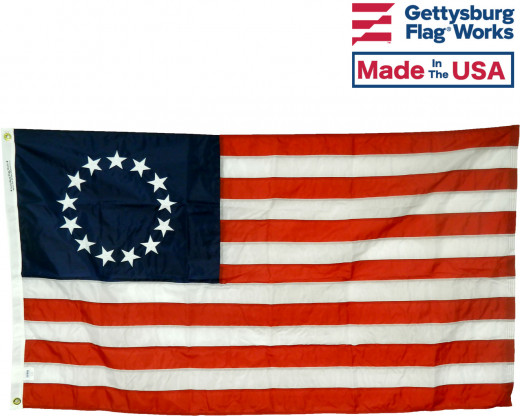 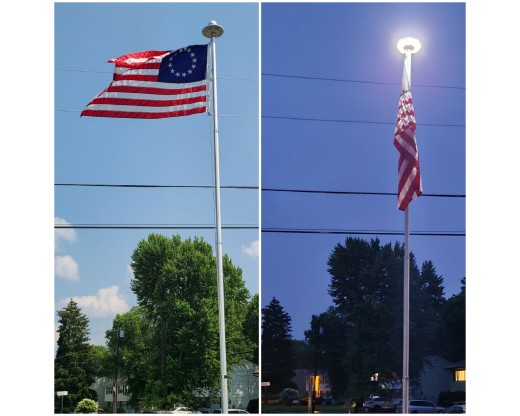 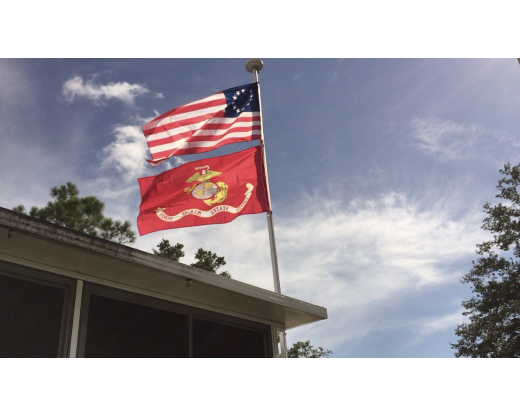 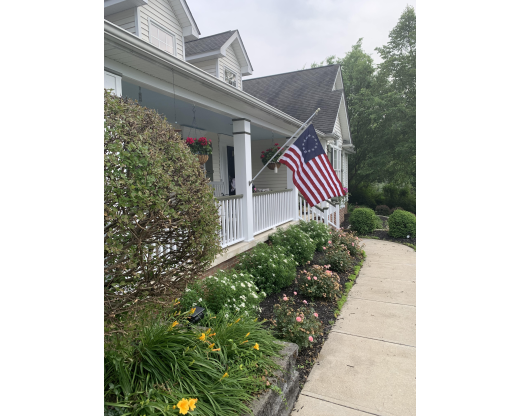 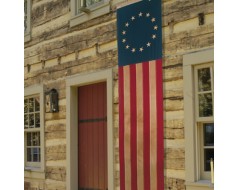 From the Heritage Series. This series represents unique h... 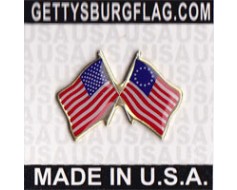 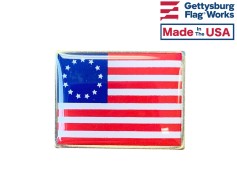 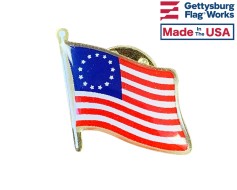 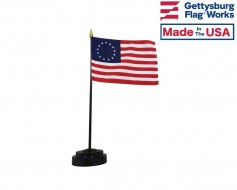 Named for flag maker Elizabeth “Betsy” Ross, the 13 star flag has been in use since 1777 and is a symbol of the Revolutionary War Era. Although the flag is named and attributed to Betsy Ross, the actual origin of the flag's design is still up for debate.

Betsy Ross was an upholsterer from Philadelphia. Her grandson, William Canby, claimed that Betsy was the creator of the flag that was adopted by Congress as the national flag on June 14, 1777 - and Betsy’s daughter, niece and granddaughter backed up Canby's claims. However, there is a lack of evidence to prove that it was really Betsy who created the 13 star American flag. Many historians dispute Canby's claim, with some believing that it was in fact Francis Hopkinson who designed the flag.

Despite the ongoing debate on who truly created this early American flag, the 13 Star American Flag has been widely attributed to Betsy Ross. In fact, the flag is often referred to as the "Betsy Ross Flag."

You can learn more about Betsy Ross and the flag that bears her name here.

Learn More About American Flags from the Revolutionary War Era

The Betsy Ross flag wasn't the only flag created during the Revolutionary War era. In fact, there are dozens of flags that have historical significance related to that period of American history. Find out more about flags of the American Revolution here.

Have Questions About the Betsy Ross 13 Star Flag, or Any Other American Flags?

Don't hesitate to reach out to our flag experts! We'd be happy to share what we know about these important historical flags, and we'll point you in the right direction if you're looking for a specific Revolutionary War flag in our inventory!

High Wind
By PM on June 30, 2022
Just put up my new heavy duty polyester flag which should hold up pretty well in this high wind location at the top of the Lackawanna Valley.
The best flag I've ever purchased!
By Kirk on August 27, 2021
I purchased this flag at another website. The wind blows across a cemetery right at my house most of the year. Wind just screams at my home in the spring and fall seasons. The snow is brutal also. This amazing flag has taken 3 years of brutal weather, non stop wind and more yet looks as good as the day that I put it up! I just can't get over it! No fading, no tearing, no holes, no loose threads - NOTHING!
Most flags last less than one year. THREE YEARS AND GOING!
Gettyburg Flag is THE ONLY place I'll be buying my flags from now on!
American made and incredible quality!
Rock on, guys!!!
5 Thumbs Up!
By SteveGetty on November 2, 2020
An exceptionally well made flag and affordable too. I couldn't wait to get her flying proud and beautiful. Neighbors are already complimenting on its beauty. No doubt that my betsy beats any other I have for quality and workmanship. One can see the pride in every stitch.
Fine quality
By M.C. on August 6, 2019
Fine quality products. I look forward to doing business with G.F.W. in the future.
Good job folks. E Pluribus Unum
By Patriot on July 27, 2019
Good job folks. E Pluribus Unum
Very nice flag
By Chick on July 14, 2019
This is a colorful, well made flag. I can fly it proudly, especially during the month of July.
Please
By Joan on December 27, 2018
I am pleased with the flag I ordered and especially with the prompt attention to the order. It arrived as needed. Thank you. I just wish you had a smaller size of the Revolutionary flag that could be placed at the grave sites of veterans of that war.
Cheap price, OUTSTANDING QUALITY
By cam w on July 12, 2018
I've bought from other flag sites across the spectrum. Annin flags being by far my previous favorite. However, upon getting my Betsy Ross, I was pleasently surprised to find even better quality stitching, nylon, grommets, and header than I was expecting to find. Along with the amazing flag, Gettysburg's flag and accessory selection is vast and diverse. I think I'll be going back to Gettysburg Flag works every time for more flags and other items now.