Veterans Day is an American holiday that is observed on the 11th of November every year. This day is celebrated to honor the military veterans for their contributions and loyalty to the country, and it is a federal holiday as well as a state holiday in all the states of the USA. 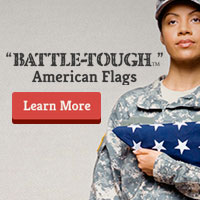 How Veterans Day Came to Be

It was on the 11th of November, 1918 that the Germans signed the Armistice to mark the end of the First World War, and therefore, the day became known as Armistice Day.

US President Woodrow Wilson first announced the Armistice Day in the year 1919. Subsequently, in 1926, the Congress of the United States passed a resolution to request the President to observe Armistice Day on the 11th of November with US flag celebrations. However, it was not until 1939 that public holiday was declared on Armistice Day. An act that was approved in May, 1938 made November 11th of every year a legal holiday. It was a day that was officially dedicated to world peace, and all government buildings were expected to display American flags.

Interestingly, it was a Kansas shoe shop owner who turned Armistice Day into Veterans Day. In the year 1953, Al King suggested that Armistice Day should be replaced by All Veterans Day. He approached the Emporia Chamber of Commerce to seek support for his cause. Most Emporia merchants campaigned for this change, and they were joined by members of the Board of Education.

Eventually, a bill was put forward to the Congress by US Representative Ed Rees, who also happened to be a member of Emporia. In May of 1954, President Dwight Eisenhower made the bill into a law, and in November of the same year, Armistice Day was officially replaced by Veterans Day. From 1971 to 1978, Veterans Day was rescheduled to be celebrated on the fourth Monday of every October, but it was reverted to its original date of celebration, which is the 11th of November, in the year 1978. 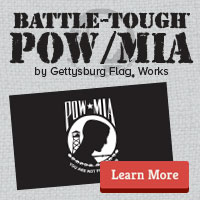 Veterans Day Throughout The World

Veterans Day is also celebrated in other parts of the world, where it is known as either Remembrance Day or Armistice Day.

In many of the Allied Nations, Veterans Day is considered a public holiday. In France, it is celebrated as Armistice Day, and in Poland, it is called the Polish Independence Day. People in Belgium celebrate the day as the Day of Peace in the Flanders Fields, and the Commonwealth countries observe the day as Remembrance Day. The only exception is Italy, which celebrates the day on the 4th of November instead of the 11th of November.

As such, Veterans Day is a time to show appreciation for living veterans who have made sacrifices to protect the rights and freedoms we enjoy as Americans.

In some cities, parades are organized and ceremonies are held at war memorial sites to honor the brave men and women who have served our country. Patriotic events and volunteer opportunities are other great ways many people choose to show their appreciation for the members of the armed forces. Some people choose to celebrate more privately, showing their support by simply decorating their homes for Veterans Day.

Veterans Day for Americans does not only signify the historical value of the date of 11th November, but it also serves as a day for Americans to come together to show their deep respect and appreciation for the military veterans of the country. Military veterans had selflessly made great sacrifices to maintain peace within the country and abroad, and they should be given due honor for their heroic deeds.

Interested in learning more about Veterans Day and the population it celebrates? Be sure to check out our blog for more information about honoring members of our military.