The Difference Between Memorial Day and Veterans Day

While both holidays honor those who have served in the United States Armed Forces, there are a few important distinctions between Memorial Day and Veterans Day. To appreciate the differences, it helps to understand how each holiday originated, when it is observed, how it is commemorated and, most importantly, who each holiday was established to honor.

Who is Being Honored?

Memorial Day is a day of remembrance to honor members of the military who gave their lives while serving our country, specifically those who died in wartime or as a result of wounds sustained in battle.

Veterans Day is a day to thank and honor all who have served in the U.S. military, regardless of whether they served in times of peace or war.

When is Each Holiday Observed?

Memorial Day is observed annually on the last Monday in May, and Veterans Day is celebrated on November 11. However, when Veterans Day falls on a Saturday, the preceding Friday is often designated as the holiday, and if it falls on a Sunday, it is typically observed on the following Monday.

What are the Origins of Memorial Day & Veterans Day?

Memorial Day was declared a federal holiday in 1971, however, its origins can be traced back to the Civil War. Originally celebrated on May 30, 1868, the day of remembrance was established to honor fallen soldiers from the Civil War by decorating their graves with flowers, wreaths and flags. Known as Decoration Day for 50 years, the holiday was expanded to include fallen military personnel in all wars following World War I, and the nation began observing Memorial Day annually on the last Monday in May after Congress signed the Uniform Monday Holiday Act. Learn more about the History of Memorial Day.

Veterans Day was first celebrated on November 11, 1919, on the one-year anniversary of the end of World War I. Originally named Armistice Day, the holiday was a commemoration of the Armistice between the Allies and Germany to end all hostilities at the eleventh hour, on the eleventh day of the eleventh month. In 1938, Armistice Day became a legal holiday and, with Congressional legislation in 1954, the November 11 holiday was renamed Veterans Day and became a day to honor all who had served in the United States military. Learn more about the History of Veterans Day.

How are these Patriotic Holidays Commemorated?

While the three-day holiday weekend at the end of May has largely become overrun with pool parties and backyard barbecues, Memorial Day is actually a somber occasion to remember our Nation’s fallen soldiers. In fact, legislation passed in 2000 encourages all Americans to pause for a National Moment of Remembrance at 3 p.m. In addition, many towns and cities across the country host memorials and parades, and volunteers continue the early tradition of decorating headstones with flags, flowers and wreaths. It is also customary for all American flags to be flown at half-staff until 12 p.m. on Memorial Day. 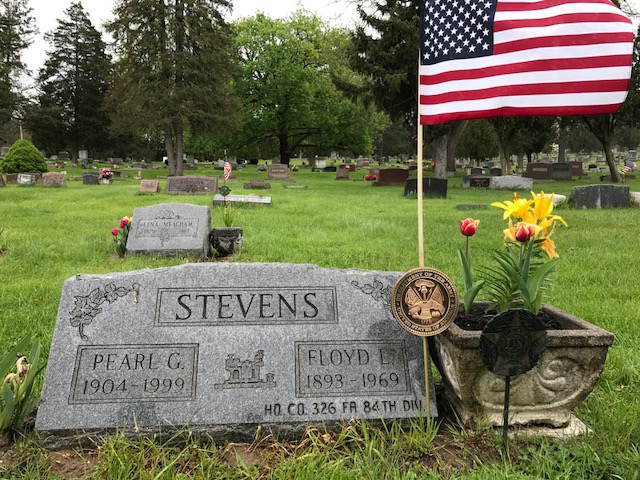 Unlike Memorial Day, Veterans Day is not a day of mourning. It is a day of celebration and honor, and a chance to thank those who have served. Many Americans show their appreciation by visiting or volunteering at local veteran organizations or donating to charities. Friends and family of military members who have passed often place flags and flowers at their gravesites, and extend heartfelt thanks to those still living, whether in-person or through social media. In addition, all Americans are encouraged to fly POW/MIA flags and flags of the military branches on this day to show support for our veterans. Learn more about Decorating for Veterans Day.

To learn more about flying the American flag during holidays, see Half-Staff Dates and Flag Etiquette. Need a flag for Memorial Day or Veterans Day? Shop our assortment of Patriotic Flags and Banners, or check out our American Stick Flags for parades and cemeteries.