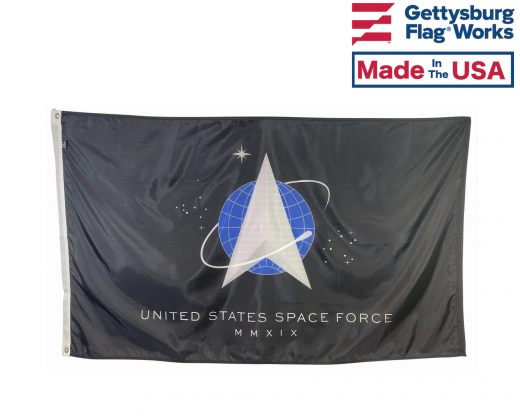 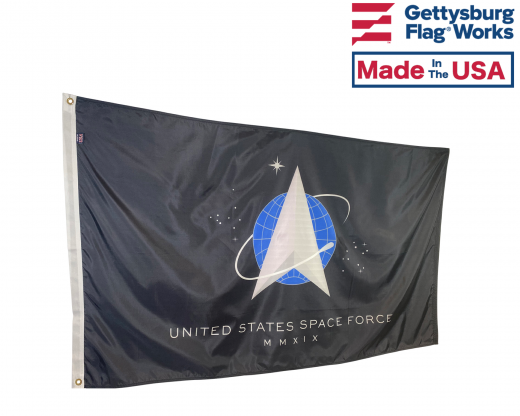 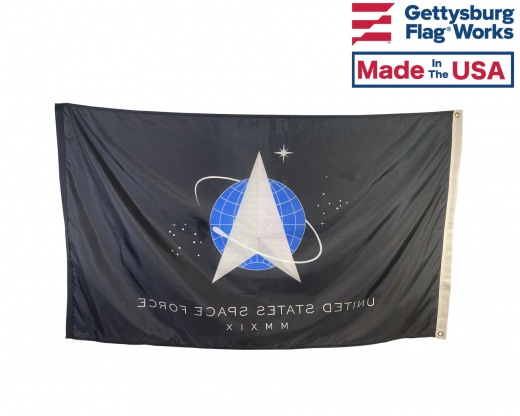 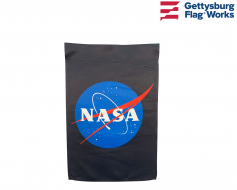 The iconic NASA symbol - in your garden. Double sided... 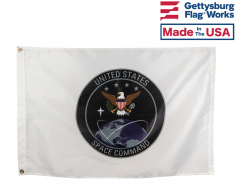 US Space Command, agency with oversight of the newly anno...

About the Official Space Force Flag

The Space Force Flag is the first new service flag to be released in 70+ years. It represents the newest service branch of the U.S. military, which was signed into law by President Trump on December 20, 2019 to conduct space operations, protect the interests of the United States in space, and deter aggression, in, from and to space.

The flag design features the official Space Force seal centered on a black background. The words “United States Space Force” and the Roman numerals MMXIX, for the year 2019, appear in white lettering beneath the seal. Dark blue and white colors are used throughout to represent the vast recesses of outer space.

To learn more about the United States Space Force and the meaning behind each element in the flag's design, read our blog post About the Official U.S. Space Force Flag.

I am a Fan!
By Ducky1 on May 10, 2021
As soon as I learned that this flag was available on your website, I was all in! Go, President Trump and Gettysburg Flag Works!
Awesome flag
By Rancherogt on March 8, 2021
Very high quality flag proud to display.
Proud Americans reaching for the stars
By Mac on July 2, 2020
The new space force flag is awesome .
It's exactly what I was looking for,
I'm so proud to own one .
God Bless the USA !!

Gettysburg is so great of a service
By Reekout on May 20, 2020
Love dealing with you guys