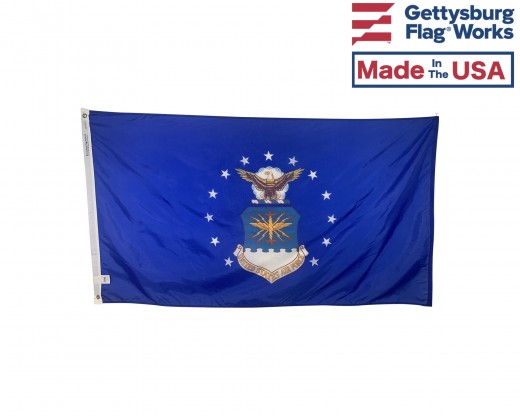 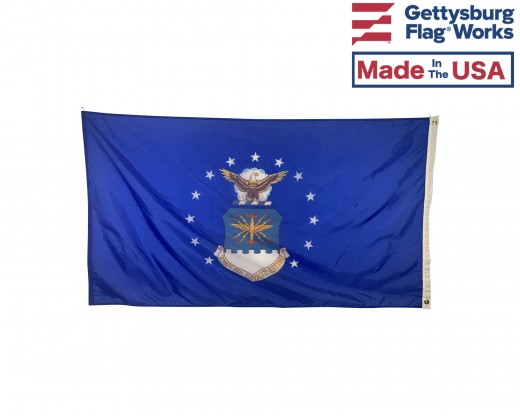 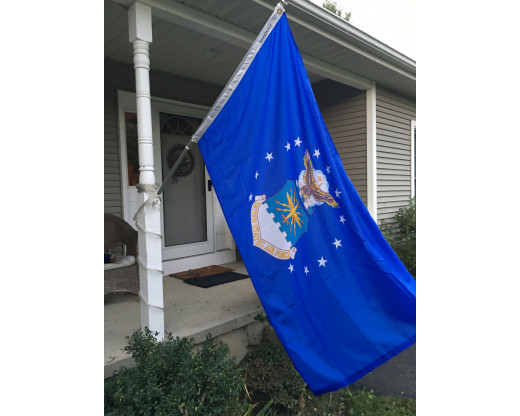 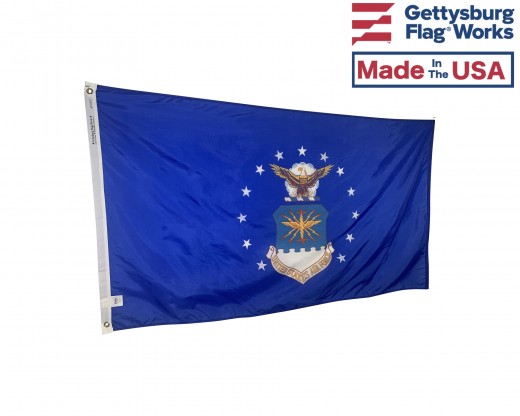 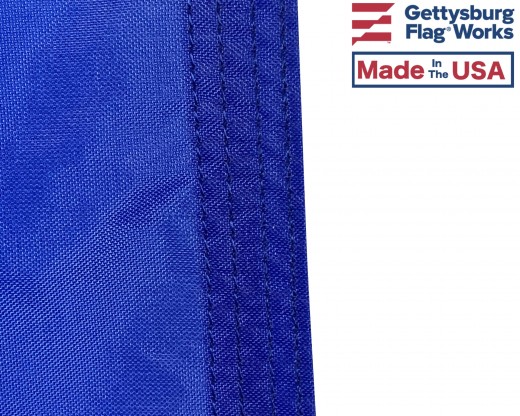 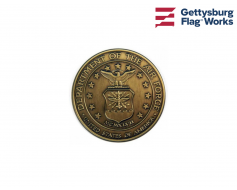 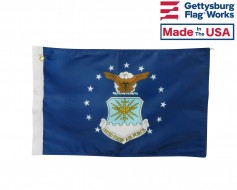 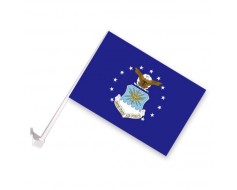 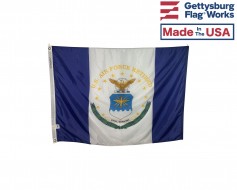 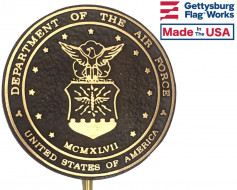 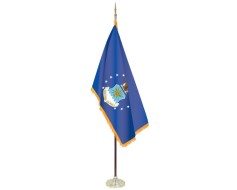 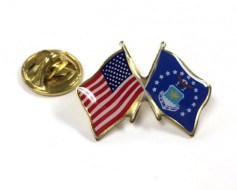 US Air Force crossed with US flag lapel pin, with clutch ... 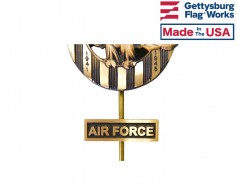 The official United States Air Force flag was adopted by President Harry S. Truman on March 26, 1951. This flag shows the Air Force coat of arms centered on a blue background, surrounded above by a semi circle of 13 white stars. The stars represent the original 13 colonies, with the 3 grouped at the top also representing the three Departments of the National Defense Establishment (Army, Navy & Air Force). Typically indoor or parade flags will be decorated with gold fringe and outdoor flags are without fringe.

Nice But Double Reverse Would be Better
By Cris on July 19, 2021
The flag is as advertised and is of good quality. I wish you offered it in a double reverse so that the printing could be read correctly from either side. I would have paid more for that version.