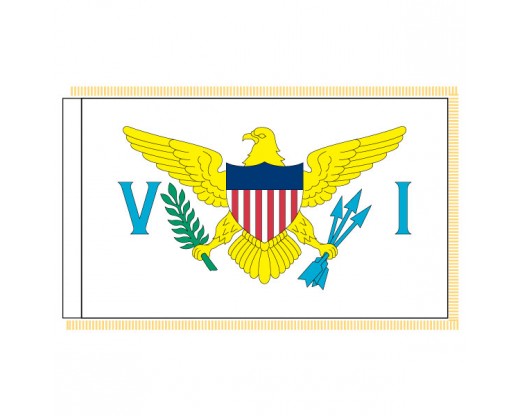 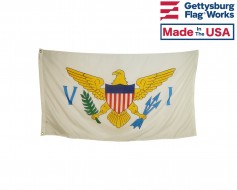 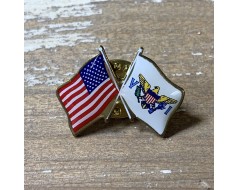 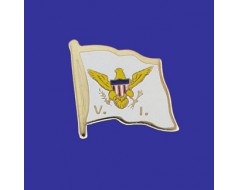 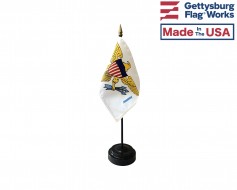 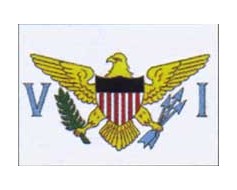 The flag of the United States Virgin Islands was adopted in 1921. It consists of a simplified version of the Great Seal of the United States between the letters V and I (for Virgin Islands). The eagle holds a laurel branch in one talon, and three arrows in the other, representing the three major islands: Saint Thomas, Saint John, and Saint Croix. Additionally, the colors of the flag are: yellow, representing various characteristics of the territory and the flowers; green, symbolizing the hills; white, depicting the clouds; and blue, representing the waters.