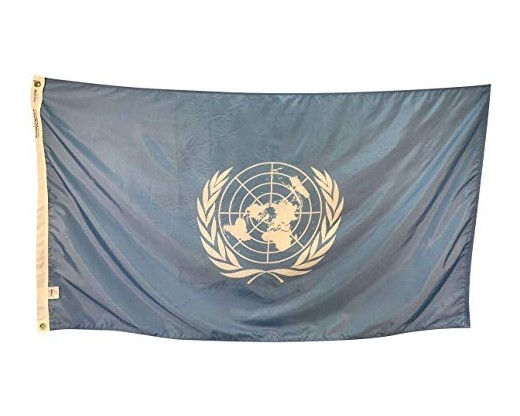 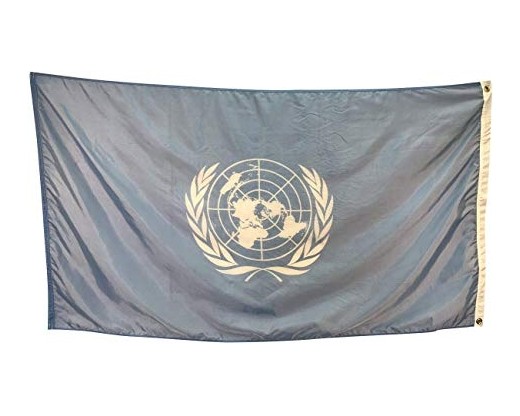 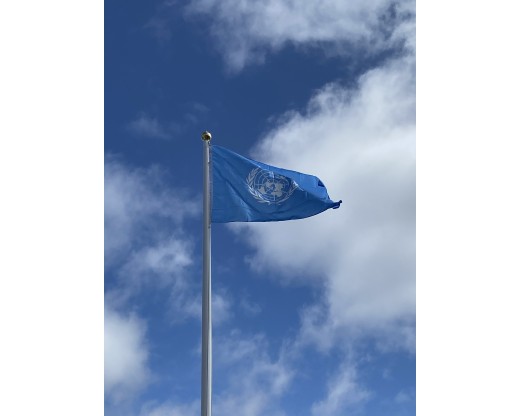 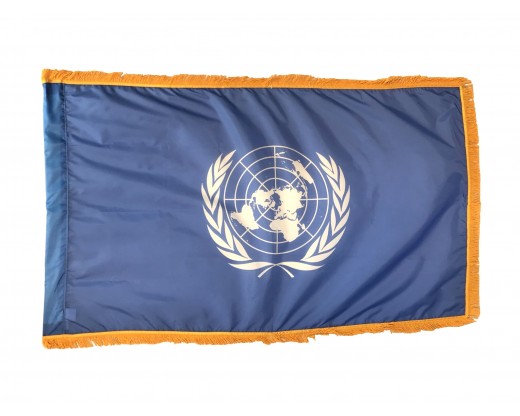 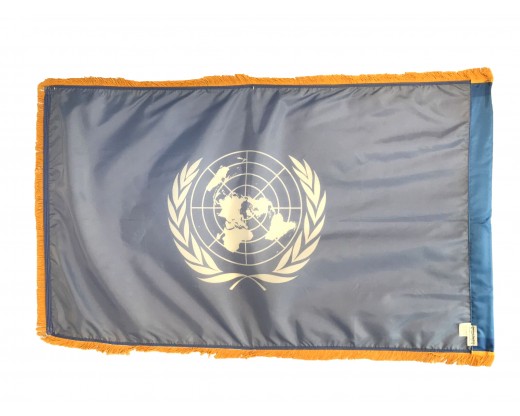 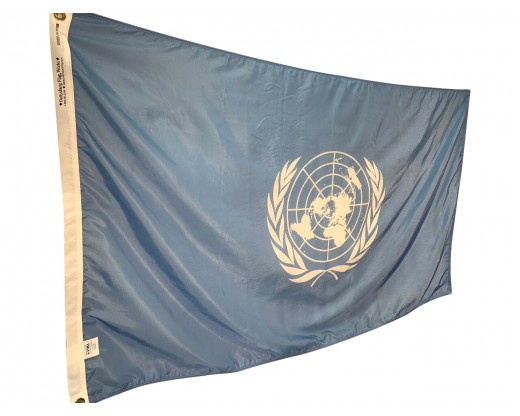 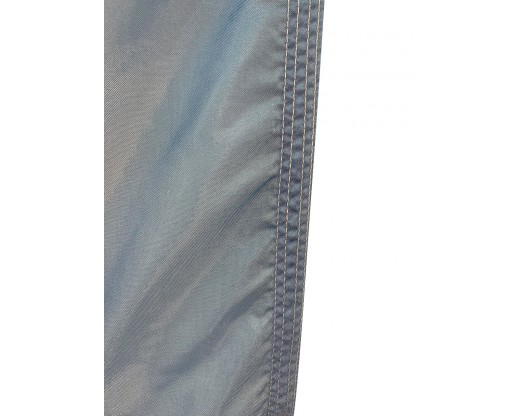 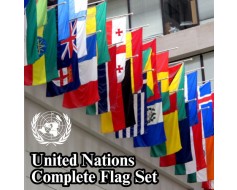 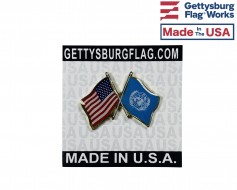 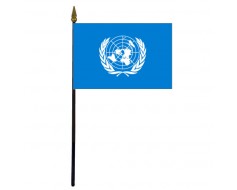 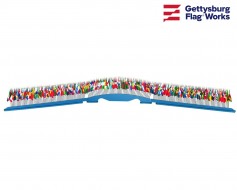 The United Nations is an international organization whose members pledge to work towards war prevention, to further human rights, to pursue "conditions under which justice and respect for the obligations" from international laws to be maintained, and to "promote social progress and better standards of life in larger freedom." The UN was Created on October 24th, 1945 when the charter was signed by the initial 26 nations, including the United States of America, the United Kingdom of Great Britain and Northern Ireland, the Union of Soviet Socialist Republics, and China.

Great Colour and Quality
By Brad on April 5, 2020
Well built and great colour penetration. I am very pleased overall. The length is a bit short (5 foot 8 inches) but that’s not uncommon as flags are hemmed and finished.