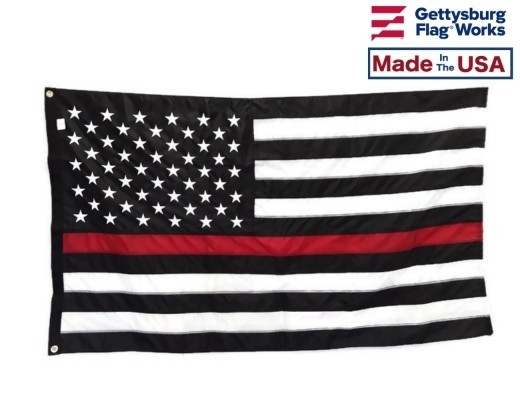 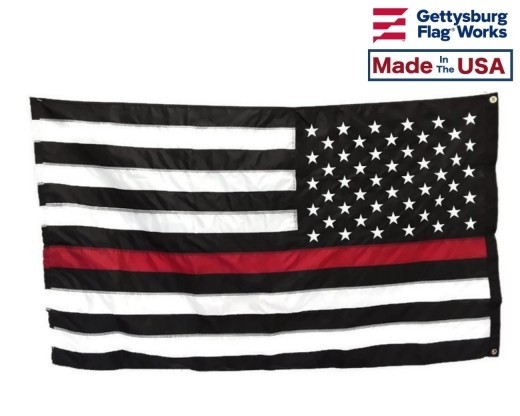 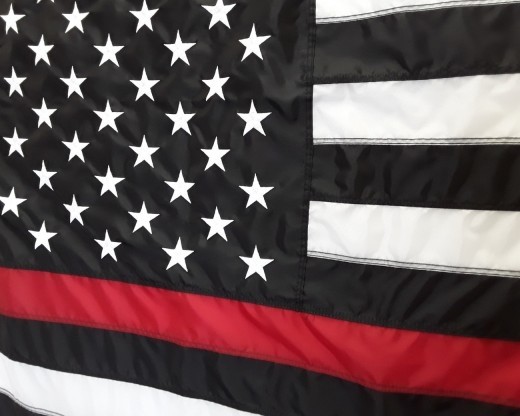 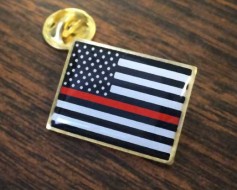 The official Thin Red Line flag made into a high quality,...

History of the Thin Red Line

The phrase “thin red line” dates back to 1854, when a small British military unit, known as the 93rd Highland Regiment, found themselves as the last line of defense in the Battle of Balaclava in the Crimean War. The regiment, widely publicized in the press and depicted by artists as a thin line of soldiers dressed in red coats, came to be known as the “thin red line” of military defense.

Over time, the phrase “thin red line” morphed into a figure of speech, referring to any thinly spread unit holding firm against an attack, and it was later adopted and altered by law enforcement. Becoming the “thin blue line”, it referred to the police officers’ predominantly blue uniforms and the line they maintained between good and evil. The phrase was used by New York Police Commissioner Richard Enright in 1922, and later popularized by Los Angeles Police Chief Bill Parker in the 1950s. It also appeared in police novels written by author and police officer Joseph Wambaugh in the 1970s and 80s.

About Our Thin Red Line Flags for Firefighters