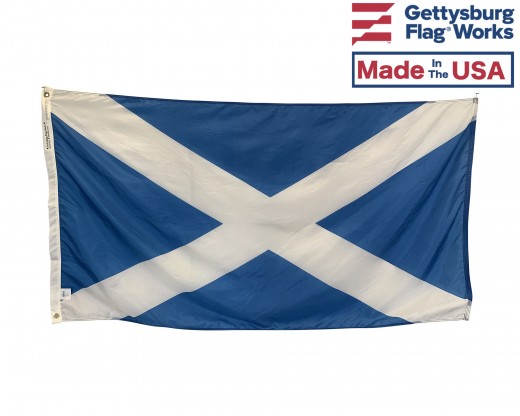 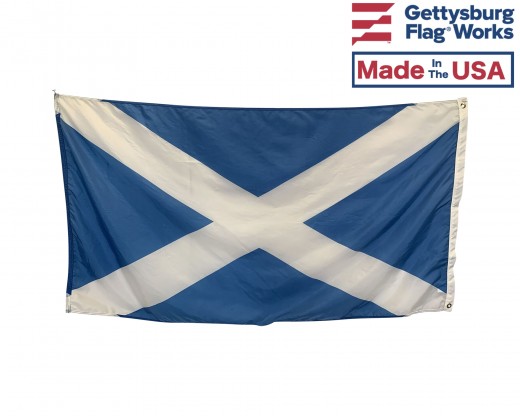 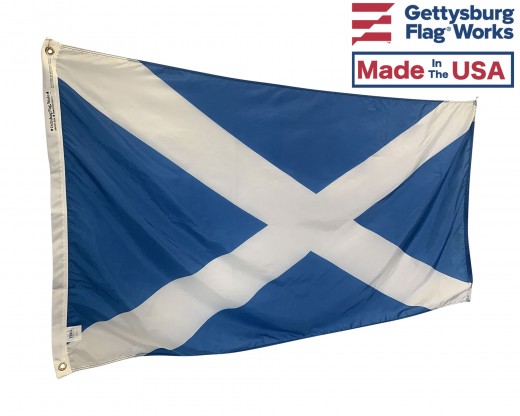 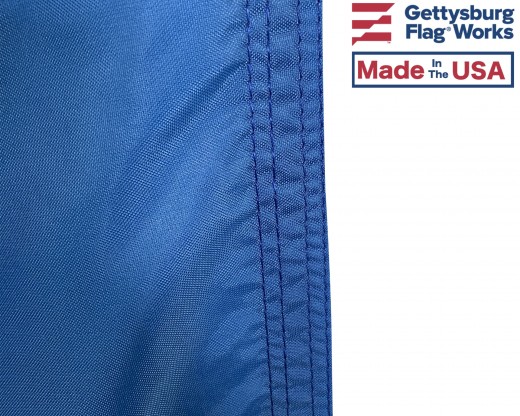 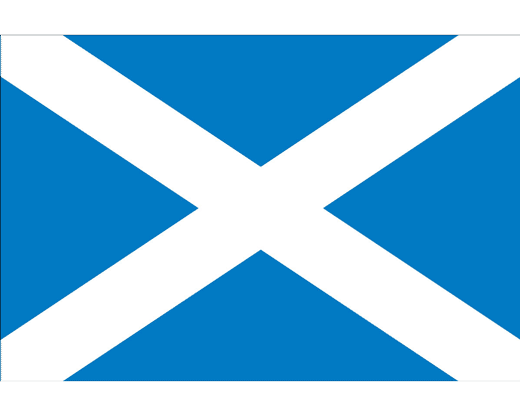 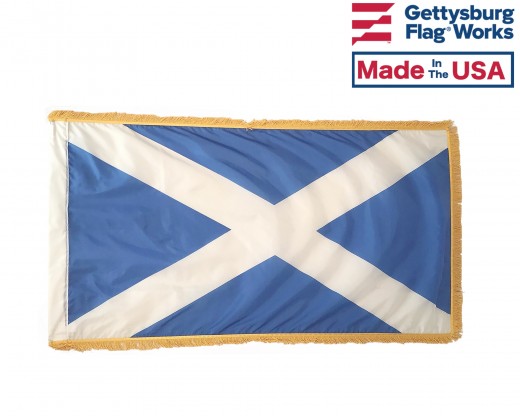 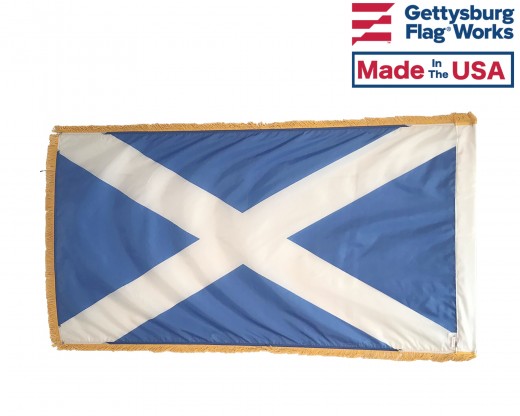 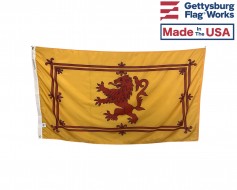 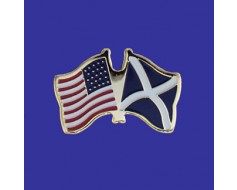 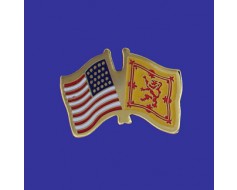 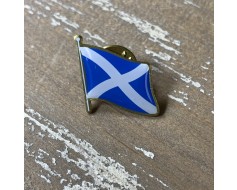 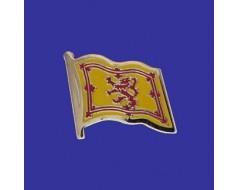 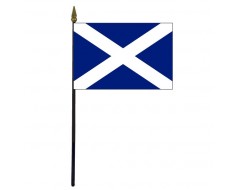 Polyester stick flags of the Scotland Cross. Available in... 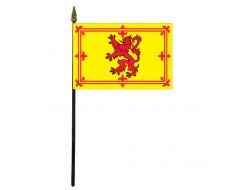 Saint Andrew is Scotland's patron saint. His cross is now Scotland's flag. Scottish people all over the world celebrate St. Andrew's day on the 30th of November.

Very little is known about St. Andrew, though it is said he was an apostle of Jesus Christ and was put to death by the Romans in Patras, Greece by crucifixion. The shape of the crucifixion cross might be the basis of the Cross of St. Andrew on this flag.

Various legends suggest that his remains were brought to Scotland either sometime in the 7th or 8th centuries, and placed in a chapel, which in 1160 was replaced with the Cathedral of St. Andrews. The cathedral is now in ruins, but St. Andrews remains a religious center in Scotland today.

A+
By Alba on June 10, 2018
I have bought a number of flags of different types and sizes. The quality is very good, shipping is fast and reasonable.