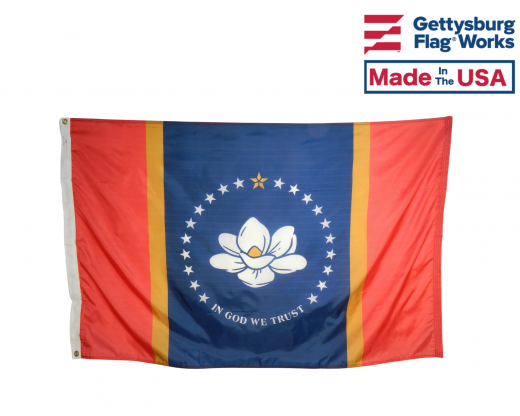 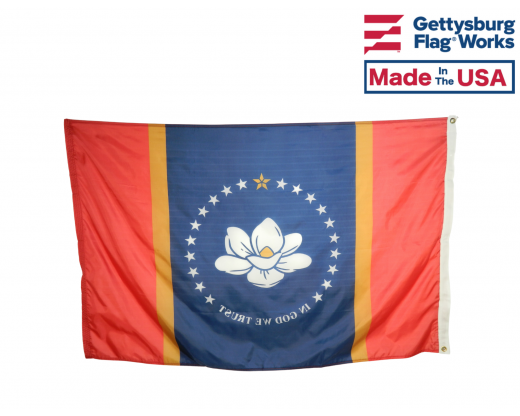 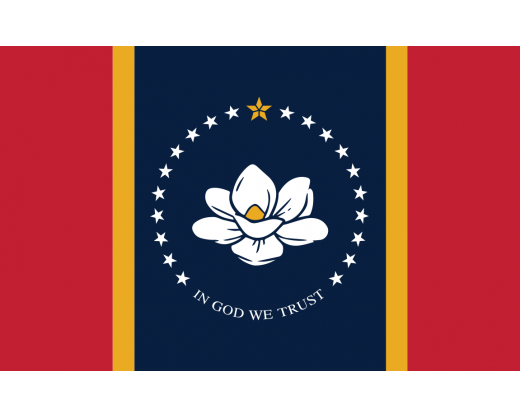 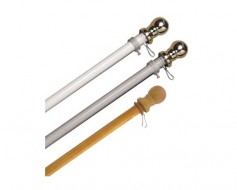 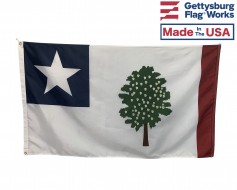 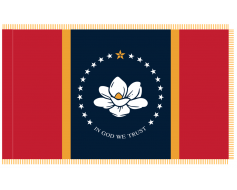 The new Mississippi State Flag was approved by voter refe...

About the Mississippi State Flag

“The New Magnolia” Mississippi State Flag, designed by graphic artist Rocky Vaughan, was approved by voter referendum in the November 2020 election. The previous design, which dated back to the Civil War and featured the controversial cross from the Confederate battle flag, was retired in June 2020.

The law retiring the old Mississippi flag specified that the new design could not contain the Confederate battle emblem and must include the words, “In God We Trust.” The public submitted nearly 3,000 flag designs, from which state officials chose the New Magnolia. The design was then placed on the ballot, and voters were simply asked whether or not they wanted to adopt it. The majority – 68 percent – voted yes.

According to the Mississippi Department of Archives and History, “the design represents Mississippi’s sense of hope and rebirth, as the Magnolia often blooms more than once and has a long blooming season.”

Gettysburg Flag Works also carries the Bonnie Blue Flag, which Mississippi adopted immediately after it succeeded from the Union, as well as the original Magnolia Flag of Mississippi , which remained in use from 1861 until 1894.

For questions about our Mississippi Flags, State Flags and Civil War Flags, give us a call at 1-888-697-3524, or contact us online.