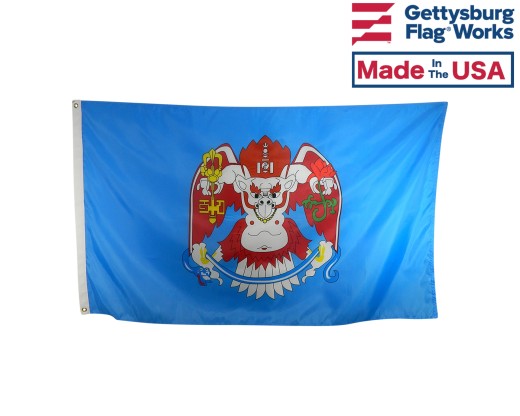 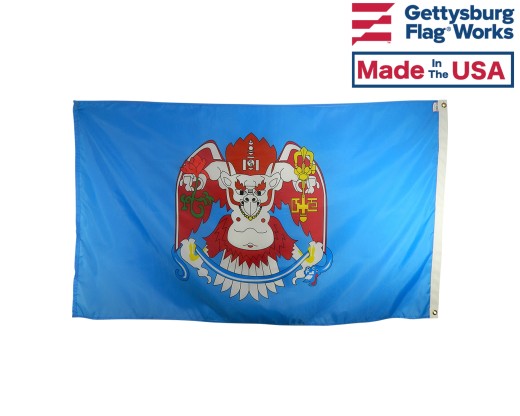 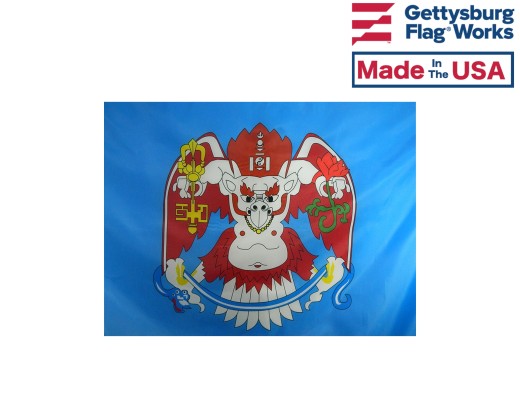 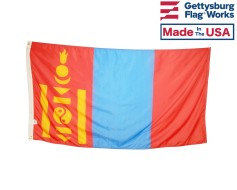 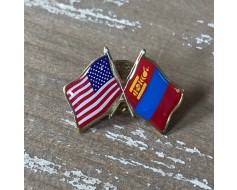 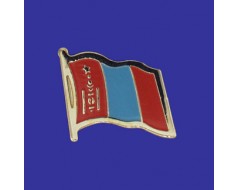 Ulaanbaatar is the capital of Mongolia and the country’s most populous city. Governed as an independent municipality, Ulaanbaatar is represented by its own flag, which features the city’s official symbol, the mythical bird garuda.

About the City of Ulaanbaatar

Ulaanbaatar was originally founded in 1639 as a nomadic Buddhist monastery center, and was permanently settled at its current location, in north central Mongolia in a valley on the Tuul River, in 1778. At an elevation of 4,265 feet, it is the coldest capital city in the world.

The independent municipality of Ulaanbaatar contains almost half of the country’s total population, and is the cultural, financial and industrial center of Mongolia. It is also the center of Mongolia’s transport network, connected by rail to the Trans-Siberian Railway in Russia and the Chinese railway system.

About the Ulaanbaatar City Emblem & Flag

With a long tradition of Buddhism, Ulaanbaatar’s official symbol is the garuda, a divine bird-like creature in both Buddhist and Hindu scriptures. The garuḍa appears on Ulaanbaatar's city emblem, holding a golden key in its right hand as a symbol of prosperity and openness, and a red lotus flower in its left hand to represent peace and purity. In its talons, the garuda holds a snake to signify an intolerance for evil, and the soyombo symbol from the flag of Mongolia appears on the garuda’s head.

The Ulaanbaatar flag features the garuda city emblem on a field of sky blue.

How to Buy the Ulaanbaatar Flag

Our Ulaanbaatar flag is digitally printed on durable, all-weather nylon with a canvas header & brass grommet attachment. Available in a variety of sizes, the Ulaanbaatar Flag can be purchased online, or by calling 1-888-697-3524.

Looking for other flags from Mongolia? Browse our extensive collection of Mongolian Flags, or contact us online for additional assistance.