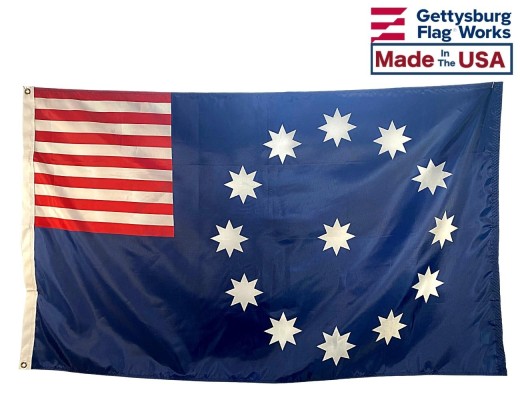 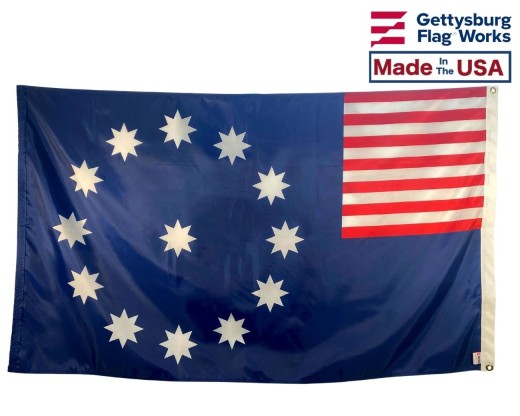 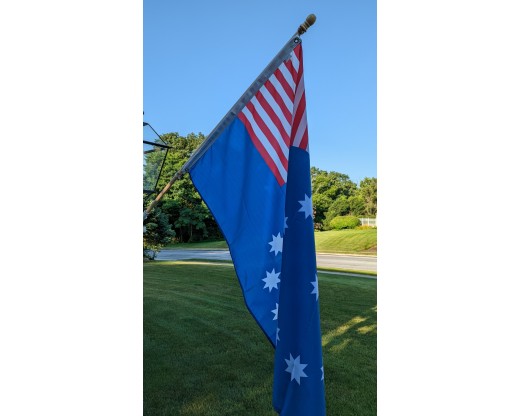 About the Easton Flag

Despite being recognized as an important part of early Americana, the exact origin of the Easton Flag has been subject to some historical controversy.

According to the Easton Public Library, the Flag of Easton, Pennsylvania made its first appearance on July 8, 1776 on the steps of the County Court House in Centre Square, where County Clerk Robert Levers publicly read the Declaration of Independence to the citizens of Northampton County.

However, others maintain that the Easton flag first appeared during the War of 1812, when it was presented to Captain Abraham Horn and his company upon leaving for Camp DuPont on September 6, 1814. Still, naysayers argue that this is unlikely, as flags from 1814 would have had fifteen stars and stripes, not thirteen as does the Easton flag.

Regardless of its origin, the Easton flag returned home with Captain Horn’s troops at the conclusion of the war. Horn’s Company later formed the Easton Union Guard with Capitan Peter Nungesser’s Company of Light Infantry, and they gave the original handsewn Easton flag to the Easton Library in 1821, where it remains on display today.

How to Buy the Easton Flag

Gettysburg Flag Works offers a replica of the original Easton Flag, proudly made in the USA. Our flag is digitally printed on durable, all-weather nylon with a canvas header & brass grommet attachment. Available in a variety of sizes, the Easton flag can be purchased online, or by calling 1-888-697-3524.

Looking for other flags from the Keystone State? Browse our extensive collection of Pennsylvania State Flags, or contact us online for additional assistance.