Liberty Flags from the American Revolution

America is synonymous with freedom and liberty. A legacy that dates back many years, and which reached a pinnacle during the Revolutionary War, when the revolt for independence and freedom from British oppression truly gave rise to the American spirit of liberty.

During this time period, several flags bearing the word “liberty” emerged throughout the United States, and they remain a part of our nation’s collective history today. In fact, many of the Liberty Flags featured below are still flown in the cities in which they originated, or in county’s that share their name, including Schenectady NY, Taunton MA, Moultrie County IL and throughout South Carolina. These flags are also frequently used in Revolutionary War re-enactments. You can learn more about the history of these flags in our blog post on Revolutionary War Liberty Flags.

To purchase a Liberty Flag from Gettysburg Flag Works, shop our Collection of Liberty Flags online, or give us a call at 1-888-697-3524. 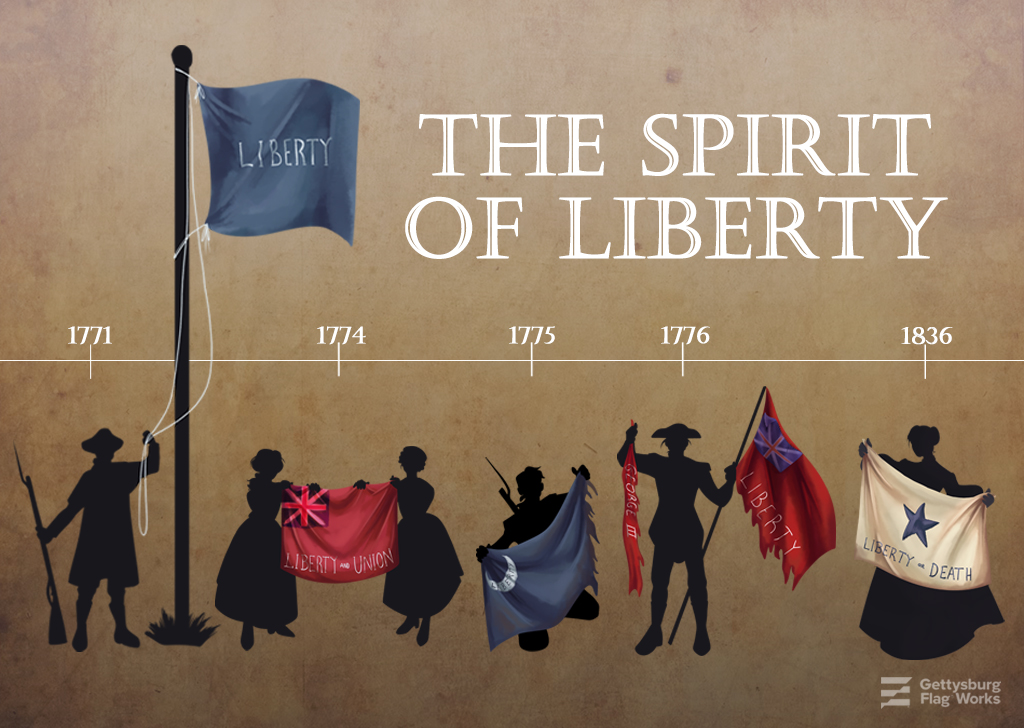 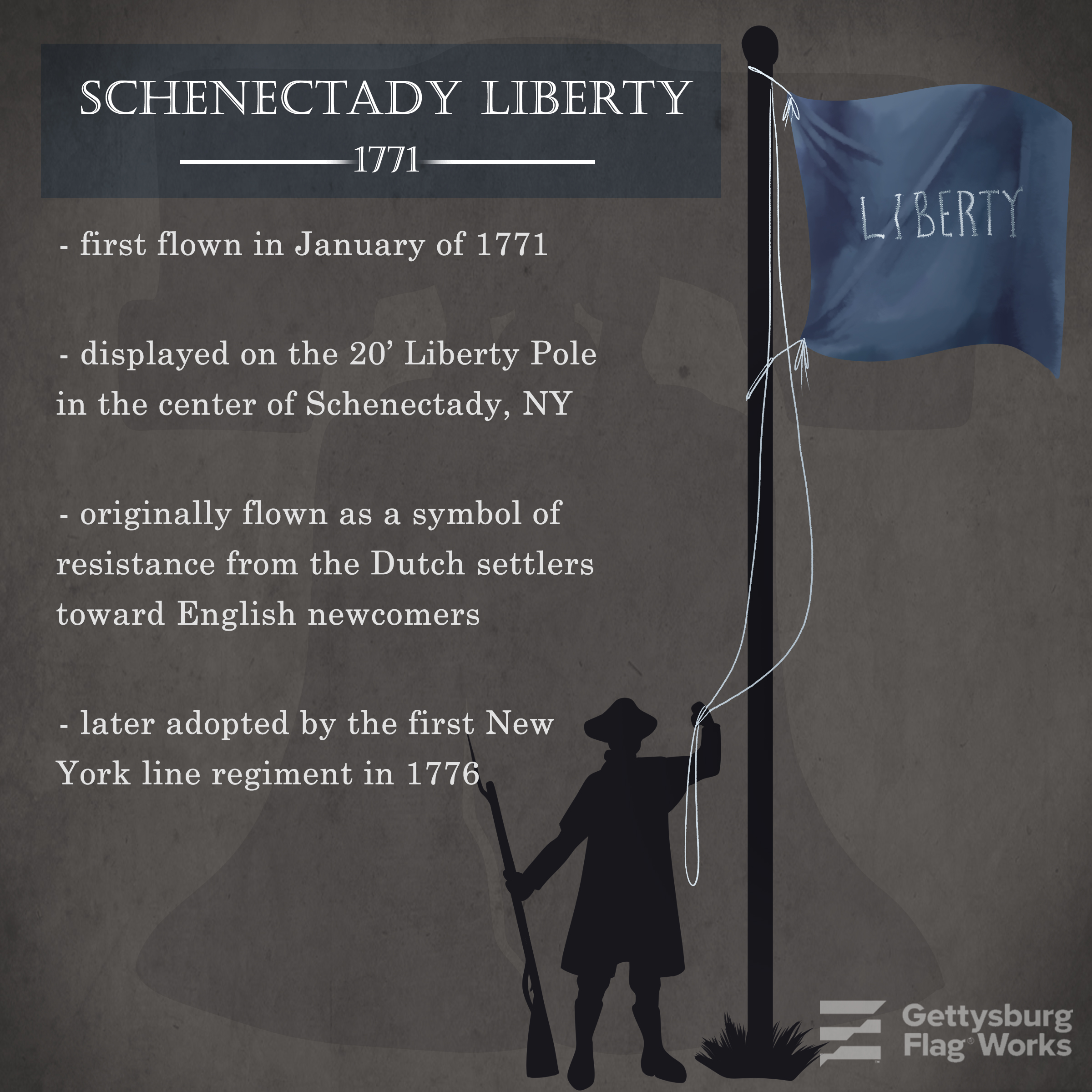 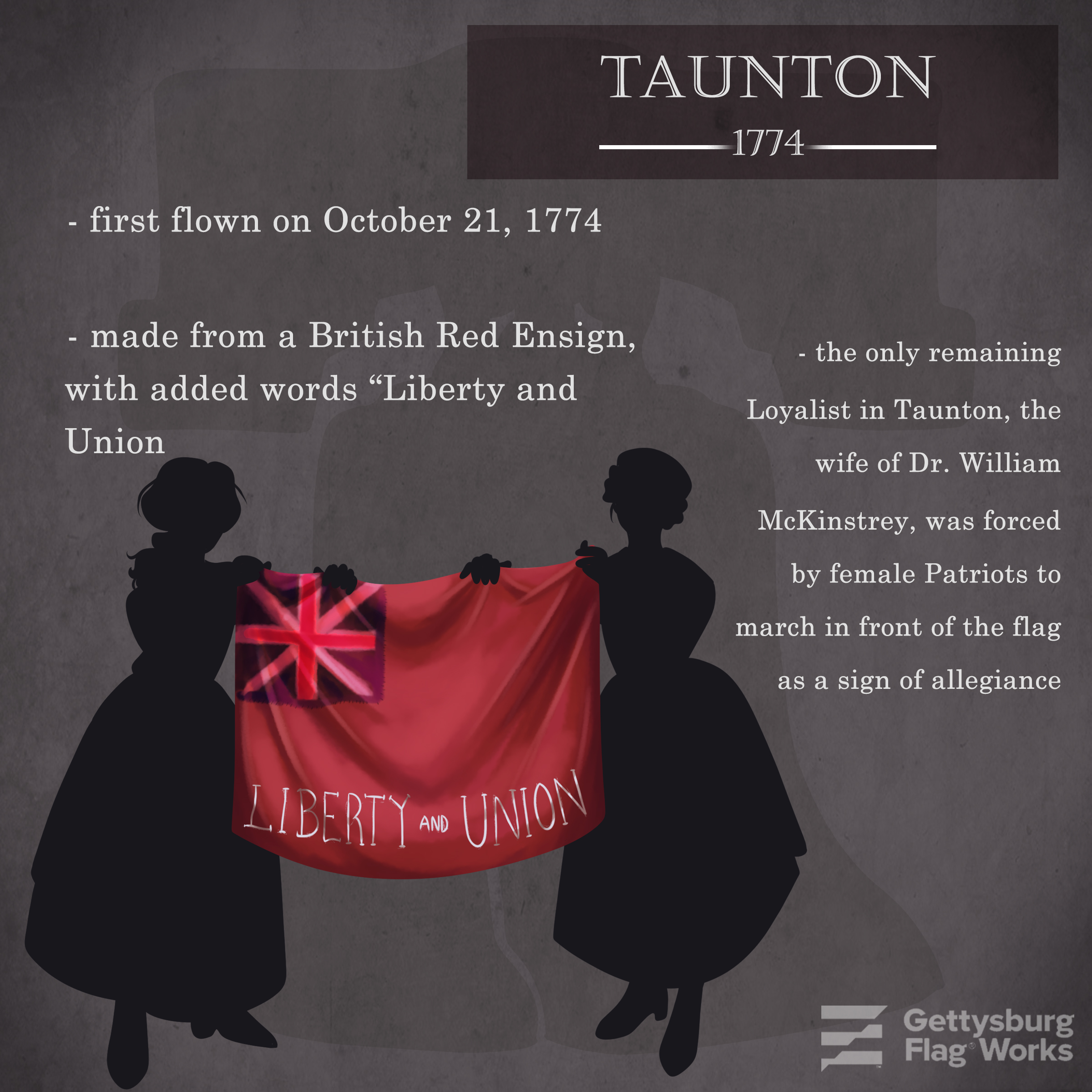 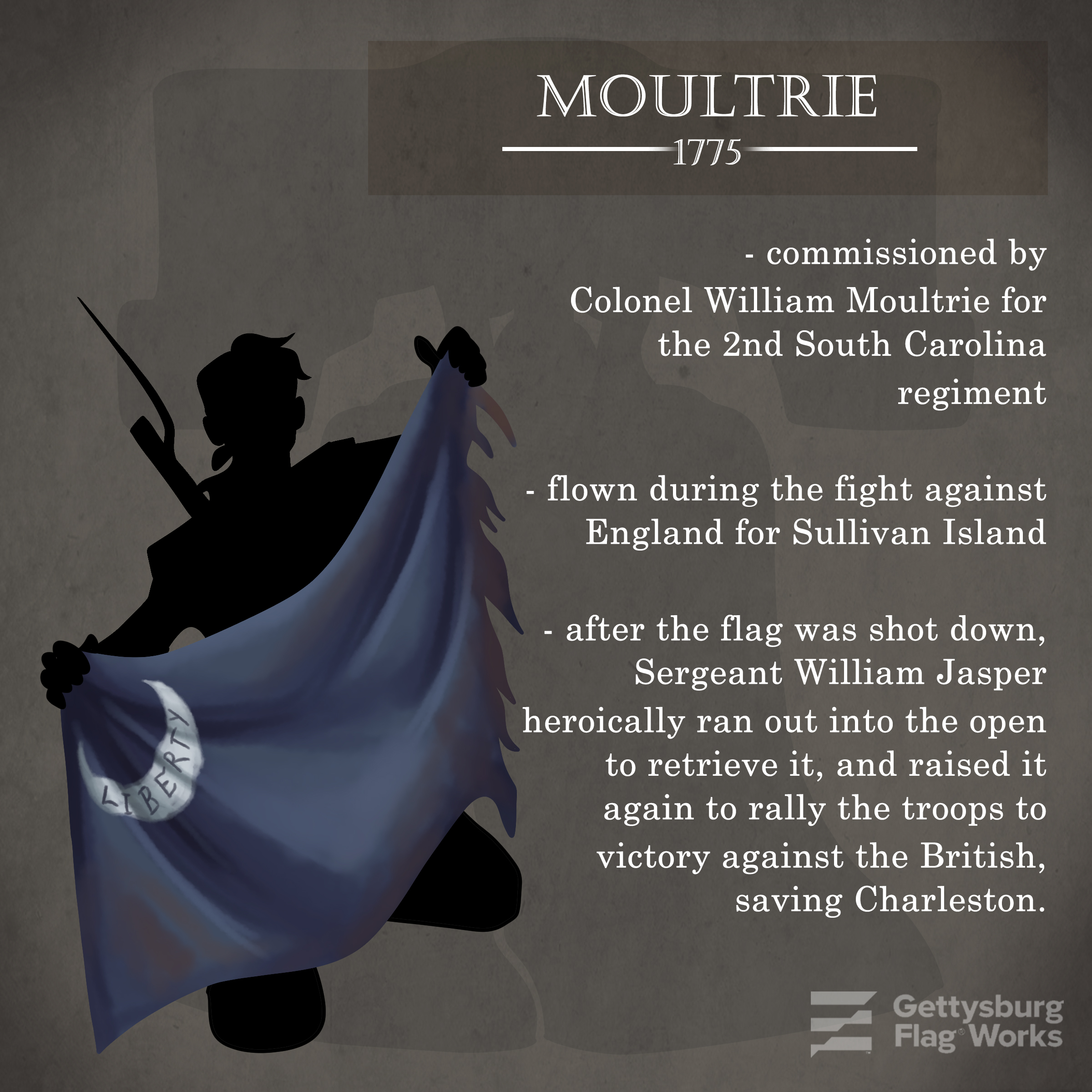 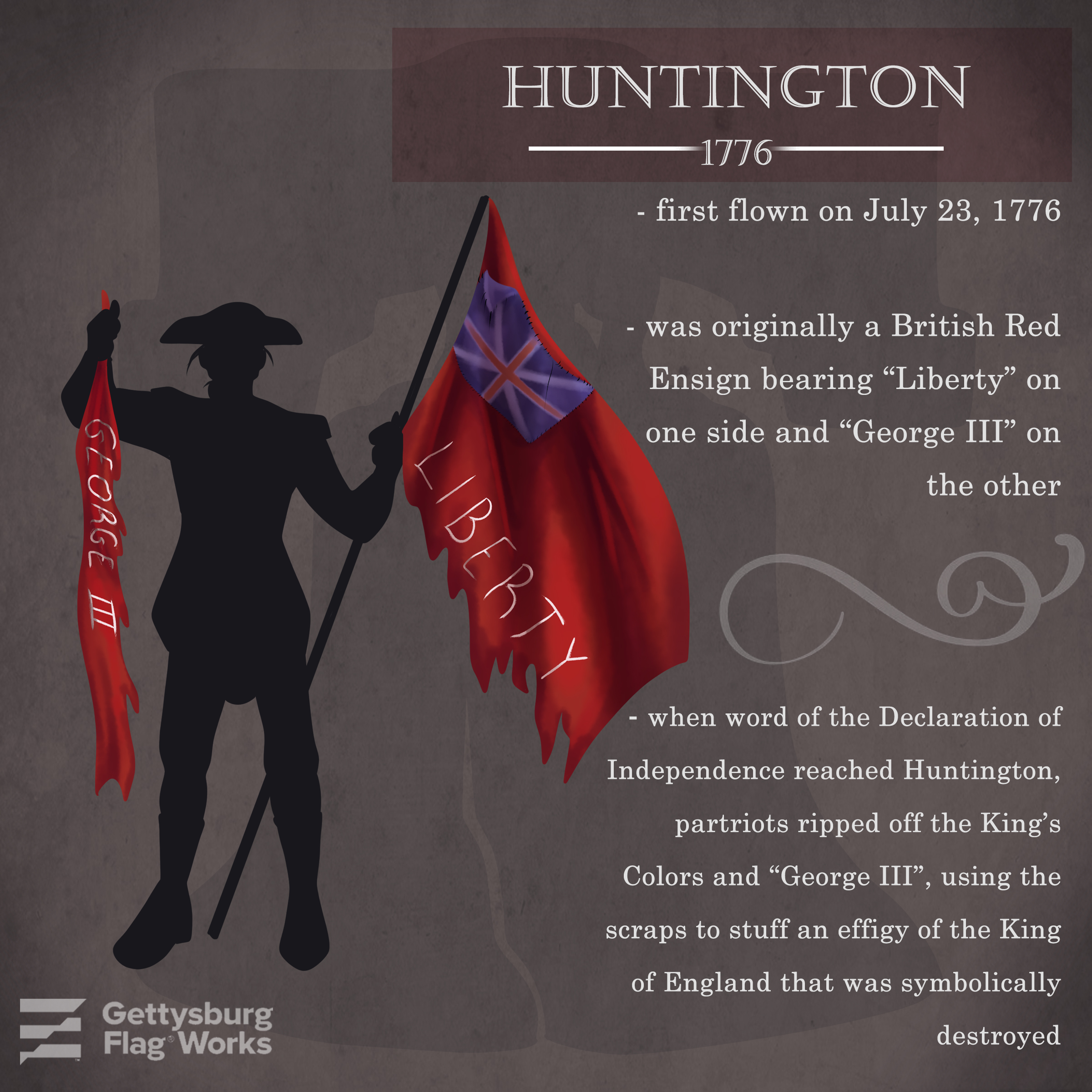 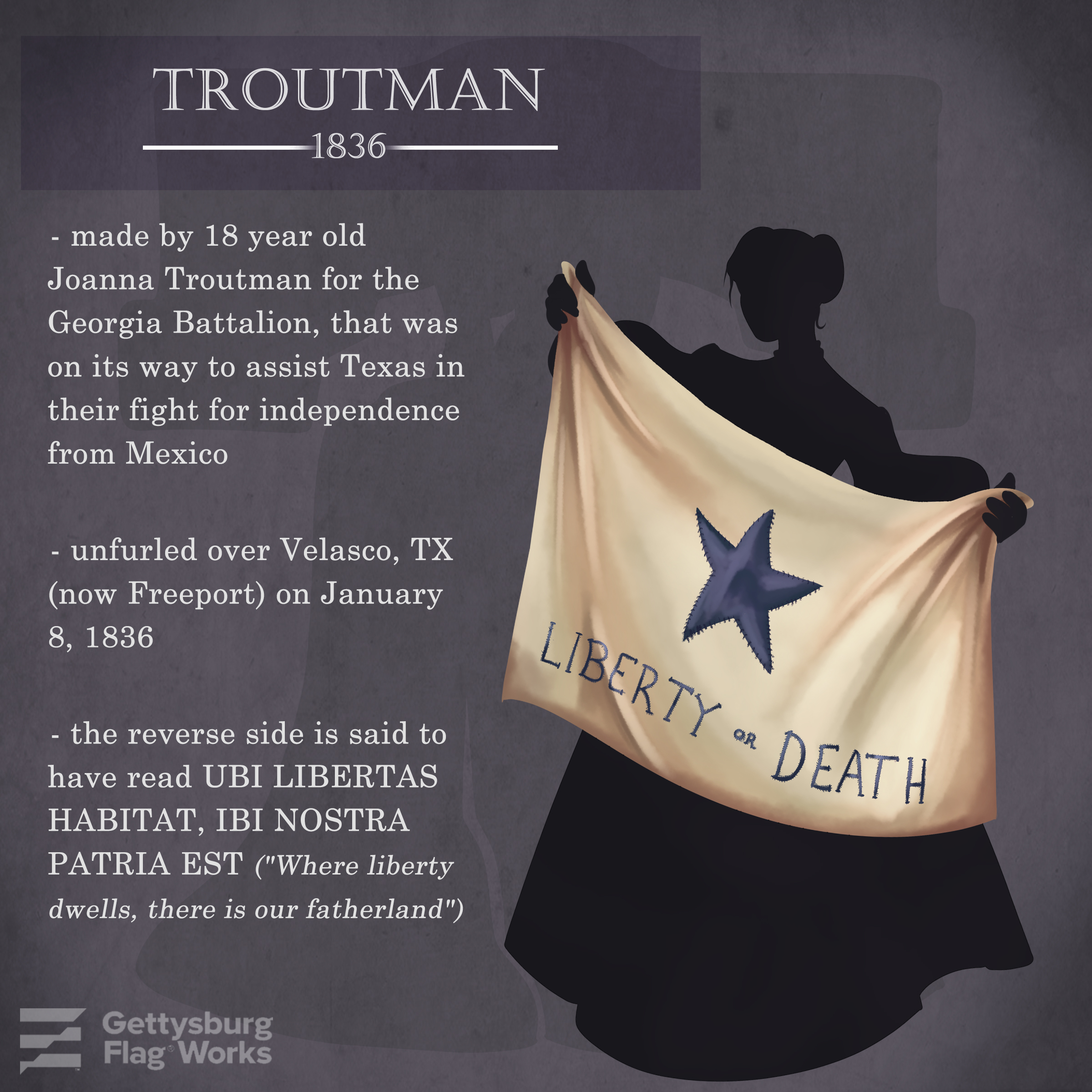