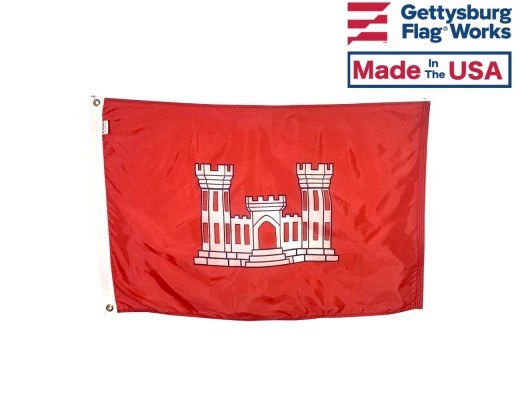 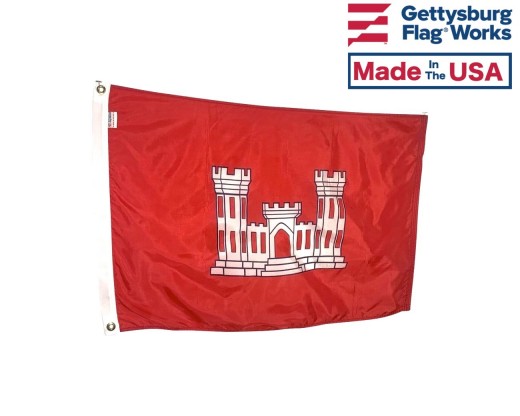 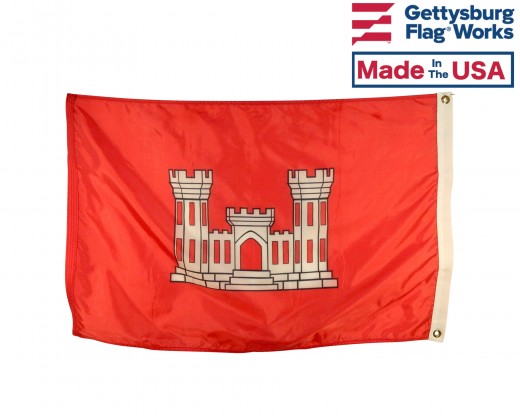 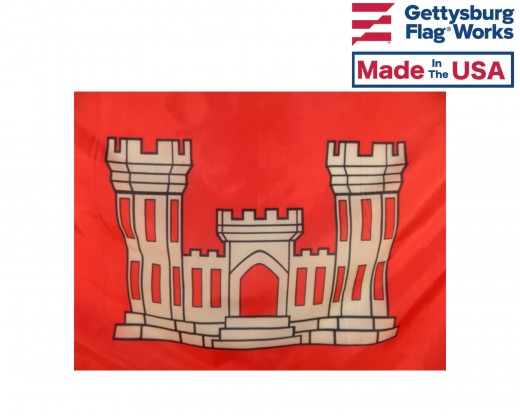 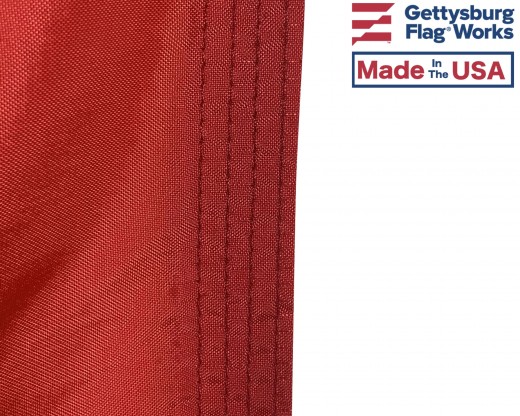 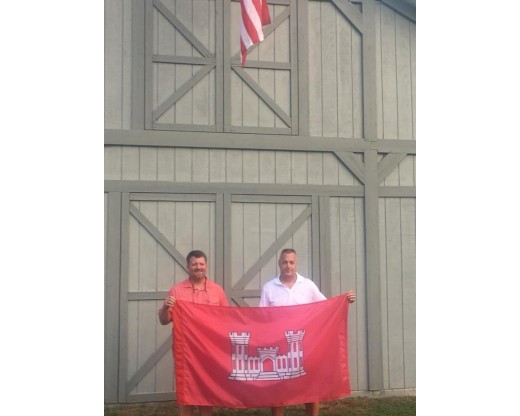 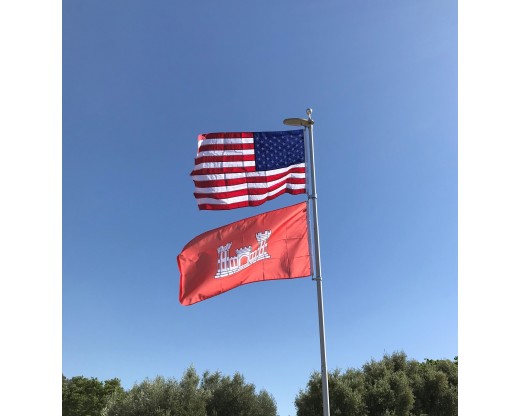 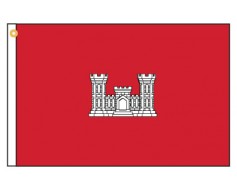 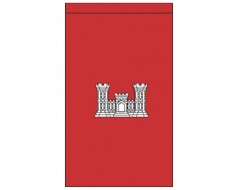 The army engineer castle rotated on it's red background f... 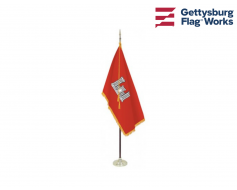 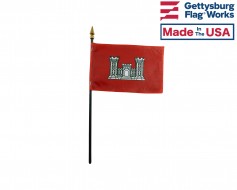 Lightweight polyester with a roll hem, attached to a staf...

About the U.S. Army Engineer Flag

The Army Engineers, formally known as the United States Army Corps of Engineers (USACE), is responsible for a wide variety of domestic and foreign infrastructure projects. Domestically, the USACE is primarily involved in waterway management and interior military infrastructure. In foreign theaters the Engineers plan and oversee the construction of facilities as well as infrastructure building in areas of conflict.

Initially begun by George Washington to help build fortifications during the war for independence, the corps was formally founded in 1802 by President Thomas Jefferson. Since then, the engineers have had a hand in matters both military and civilian. Some of their more notable projects include the Panama Canal, The Manhattan Project, and the Washington Monument.

The U.S. Army Engineer Flag was created to represent this integral branch of the military.

Show Your Pride with a U.S. Army Corps of Engineers Flag from Gettysburg Flag Works

Our U.S. Army Engineers flags are made right here in the USA of high quality materials. They're durable and made to last so you can fly your pride for years!

No matter what size flag you need or how you'd like to display your Army Engineers flag, we've got you covered!

Have a question about any of our products? Interested in making a custom Army Engineer Flag? Call us at 1-888-697-3524 or contact us online and we'll get back to you shortly!

This flag is of superior quality (Sweepstakes Entry)
By ANDREW M. on May 5, 2021
I have had my Army Engineers flag for several years, and fly it for extended periods of time. The quality is superior... no fading, no cracking of the Engineers' castle; no fraying on the fly end. This flag is simply outstanding.