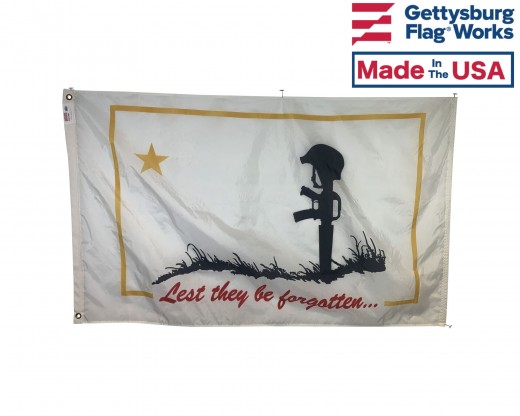 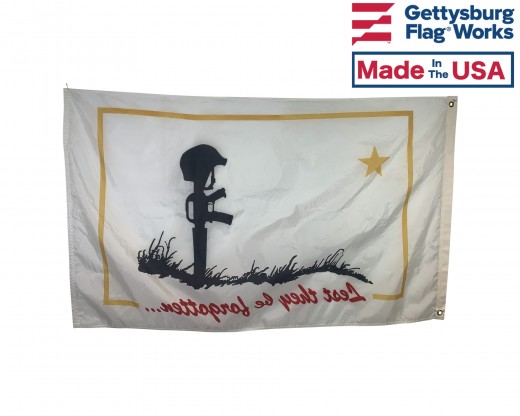 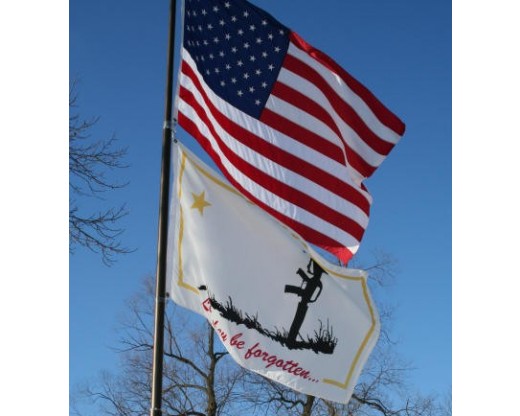 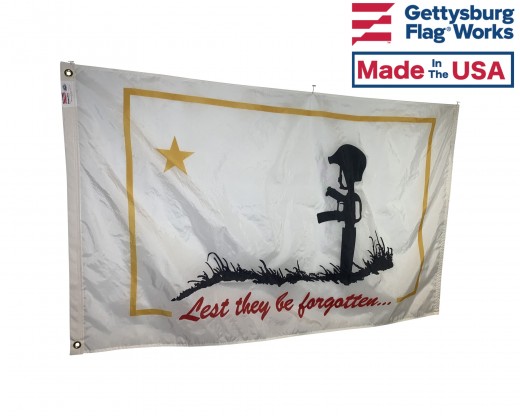 The Lest They Be Forgotten flag began as a father's mission and quest for his fallen son, Sergeant Justin "Hobie" Garvey, who died protecting the freedoms of this fine nation. The vision has grown to a cause, and Gettysburg Flag Works is proud to be a part of this journey to remember and honor our fallen soldiers.

The manufacturer of this flag will be donating 30% of the proceeds to the Lest They Be Forgotten Foundation, an organization dedicated to establishing memorials in towns throughout the United States.

Have questions about our Lest They Be Forgotten Flag? Give us a call at 1-888-697-3524 or contact us online and we'd be happy to assist you.

A Father's Grief designed this Flag
By Tom W on October 3, 2018
The designer of this flag is Gregg Garvey, a childhood friend of mine. His son, Justin, was killed in Iraq on 20 July 2003, 2 days before his 101st Airborne Division buddies sought revenge for Justin's death, and Jason Jordon's death who was killed in the same attack, and finally killed Uday and Qusay Hussein, Saddam's sons. This flag was designed as a father's way of dealing with his grief. It hasn't worked. Gregg is now homeless, living in a tent in Florida.
Great Remembrance Flag
By Philly on February 6, 2018
Outstanding durability, and quality of this rare remembrance flag. Many people have complimented on how it helps them memorialize those who sacrificed their lives for our freedom.