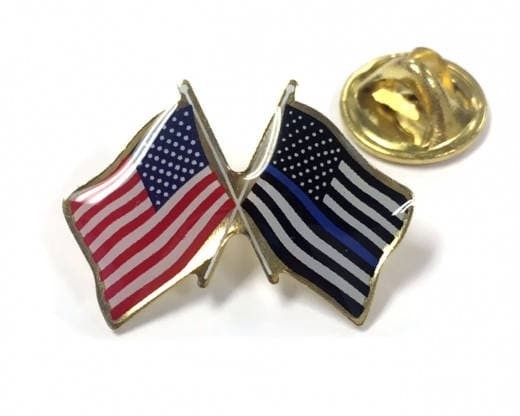 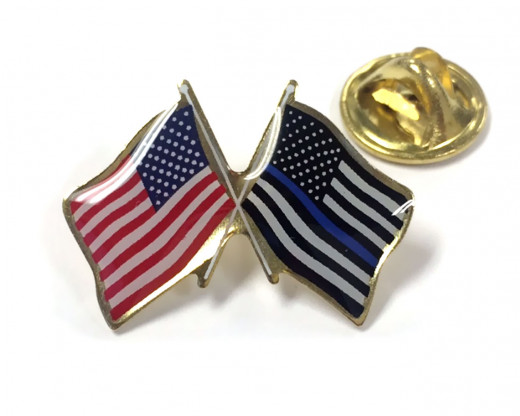 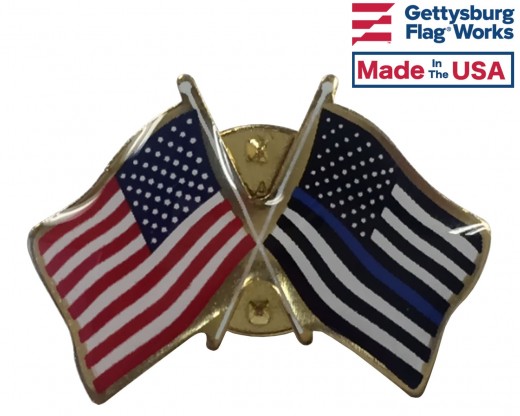 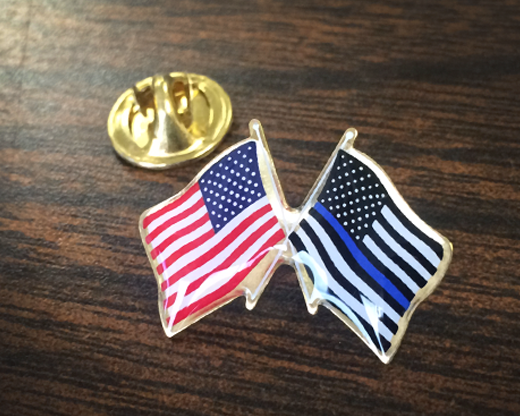 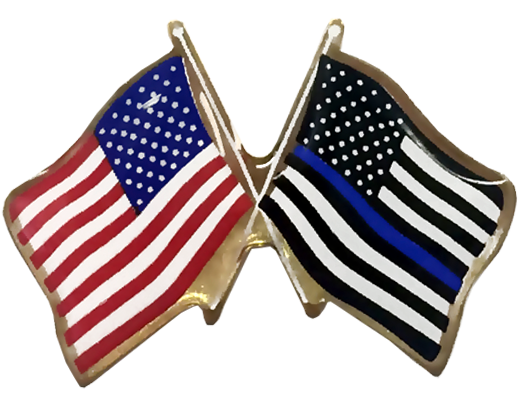 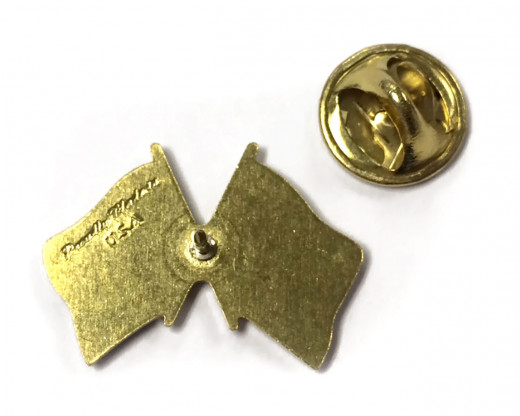 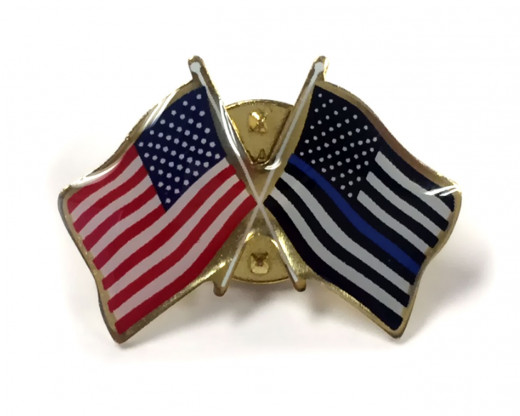 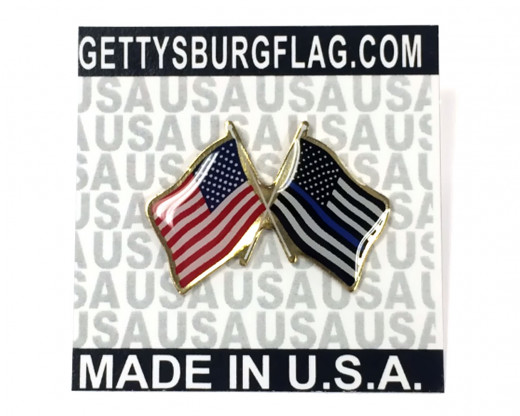 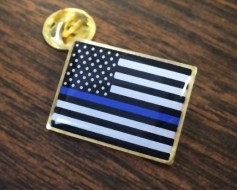 The official Thin Blue Line flag made into a high quality... 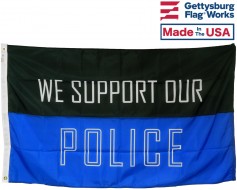 We Support Our Police Flag

"We Support Our Police" slogan flag with with canvas head...

The Thin Blue Line American Flag Lapel Pin represents law enforcement and is worn in a show of support for the police officers who put their lives on the line every day to protect us.

The pin features our Nation’s flag crossed over a black and white American flag with a thin blue stripe, and is made of all-brass metal with a vibrant hand silk screened design and a hard epoxy domed surface coating. Whether worn on a uniform, suit jacket, as a tie tack, or on a cap, vest or sash, the thin blue line flag crossed with the American flag is a symbol of solidarity and compassion for our nation’s police officers.

The “thin blue line” refers to law enforcement’s predominantly blue uniforms and the line they maintain between good and evil. The phrase was used by New York Police Commissioner Richard Enright in 1922, and later popularized by Los Angeles Police Chief Bill Parker in the 1950s. It also appeared in police novels written by author and police officer Joseph Wambaugh in the 1970s and 80s.

Our thin blue line flag lapel pin crossed with an American flag includes a clutch fastener for easily securing to clothing. It is often worn by law enforcement officials, as well as family, friends and all citizens who wish to show their support for the men and women in blue.

Because the pin contains an American flag, the United States Flag Code states that the pin should be worn in the left lapel near the heart. According to the code, the American flag represents a living country and is itself a living thing. It should not be worn crooked, upside or backwards, and should be placed above all other pins.

Thin blue line flag lapel pins can also be worn on caps, vests and sashes, and are often presented as gifts to the loved ones of deceased law enforcement officials.

Our thin blue line flag lapel pin crossed with an American flag can be ordered online in quantities of 1 to 100. Bulk discounts are available for orders of 6 or more. You can also ask questions or place an order by phone by calling 1-888-697-3524.