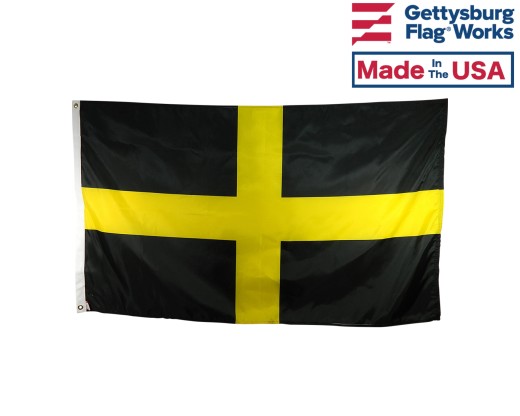 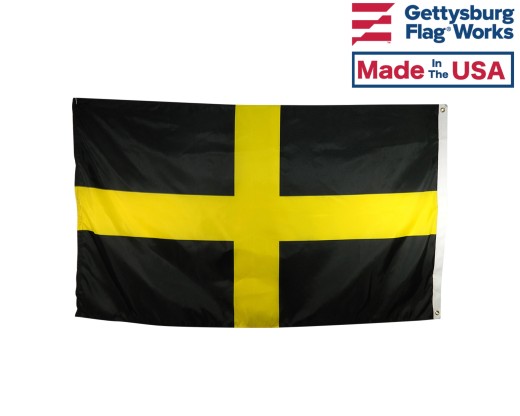 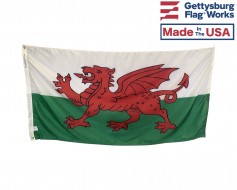 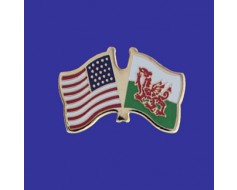 Wales flag lapel pin with clutch fastener for securing to...

About the Flag of St. David

An alternative to the traditional Red Dragon flag of Wales U.K., the flag of St. David typically features a yellow, or gold, cross on a black field, although it does occasionally appear in reverse. Today, the flag plays a central role in St. David’s Day celebrations, however, it was widely unknown until the late 20th century.

St. David’s Cross is the flag for the patron saint of Wales, a 6th century Welsh bishop of Menevia. It appears in the arms of the Diocese of St. David’s, and can be seen flying over St. David’s Cathedral with the cinquefoils in Pembrokeshire. The flag has long been associated with the University of Wales Trinity Saint David, formerly St. David’s University College, and a stylized version of the flag appeared on the shoulder badge of the 38th Welsh Infantry Division during World War II. However, St. David’s Cross flag did not gain notoriety as an alternative flag of Wales until the 20th century.

In the mid 1990s, the Welsh Tartan Company of Cardiff was looking to expand its mostly red and green line of Welsh tartans and kilts. The founder of the company, John Wake, decided to introduce St. David’s Cross, and launched a long publicity campaign for the new kilt and tartan products. St. David’s Cross flags were distributed around Wales and hung prominently in the shop in Cardiff to promote public recognition and use of the design.

Between 2003 and 2008, the Cardiff City Football Club incorporated the flag into their logo, as did the Crusaders Rugby League, and the Welsh Christian Party has long maintained that the St. David’s Cross flag should replace the “demonic” dragon flag of Wales. The flag is also widely flown on March 1 each year to celebrate St. David’s Day. But despite the Christian group’s petition and the flag’s many patriotic uses across Wales, St. David’s Cross remains an alternative, not a replacement, to the national flag.

How to Buy the Flag of St. David

Our St. David’s Cross flag is digitally printed on durable, all-weather nylon with a canvas header & brass grommet attachment for outdoor display, or a pole sleeve with fringe for indoor use. Available in a variety of sizes, the flag of St. David can be purchased online, or by calling 1-888-697-3524.

Looking for other flags from the United Kingdom? Browse our extensive collection of U.K. Flags, or contact us online for additional assistance.