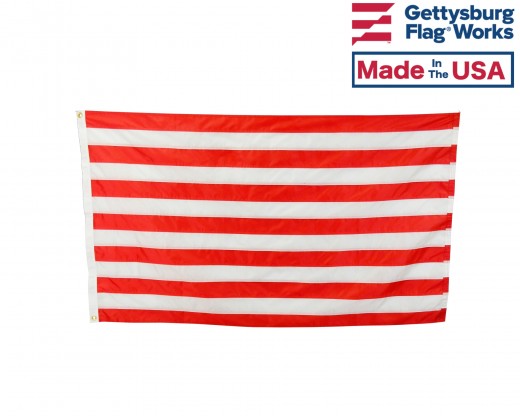 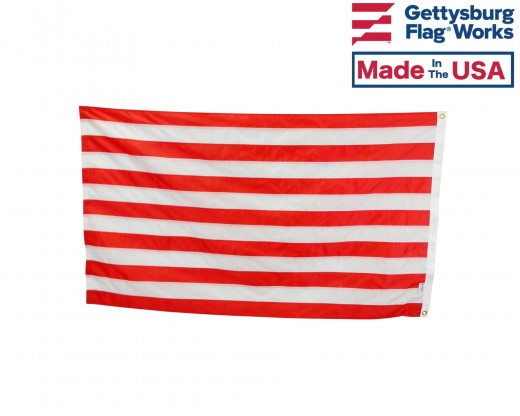 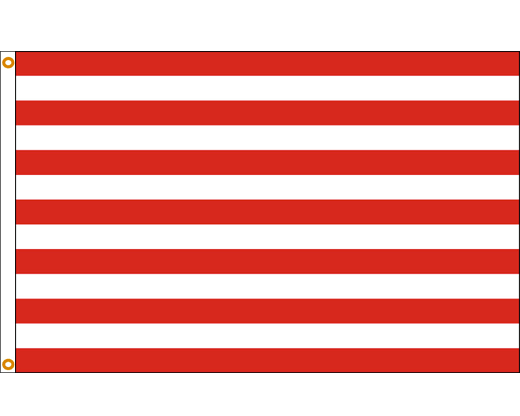 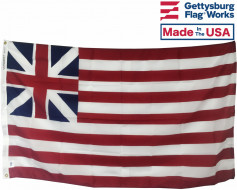 The Grand Union Flag or Continental Colors Flag is the fi... 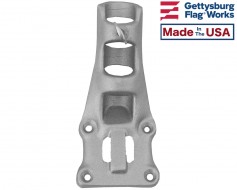 Cast aluminum flagpole mount, will not rust. Comes with t... 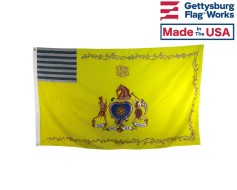 This flag was originally designed by the Sons of Liberty as only 9 stripes (called the Rebellious Stripes flag) and they were vertical instead of horizontal. They were the secret group of Patriots who organized the Boston Tea Party. When the Rebellious Stripes flag was outlawed by the Crown, they turned the stripes horizontally (and added 4 more) to create the second version of the Sons of Liberty flag. This flag became the bases for many historical flags and some that are in use still today.