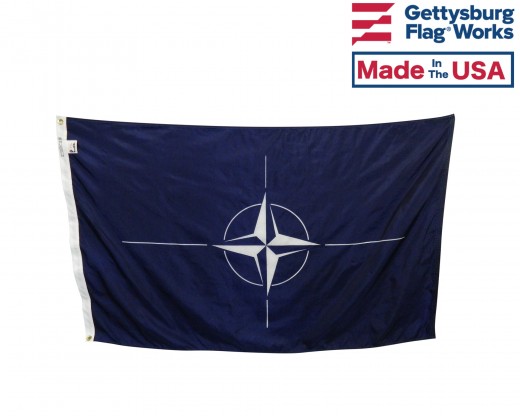 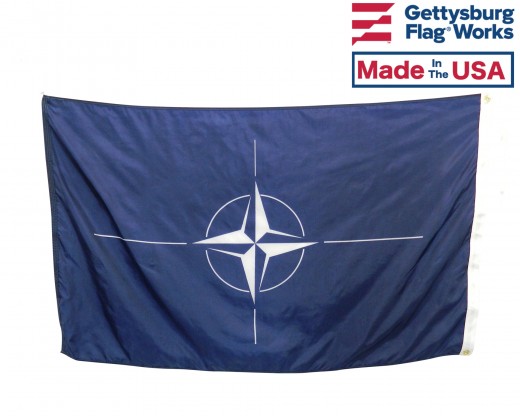 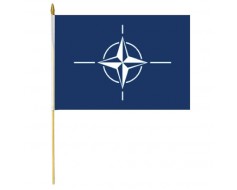 The flag of the North Atlantic Treaty Organization has a navy blue (Pantone 280) field charged with a white compass rose emblem from which radiate four white lines. It was approved 14 October 1953.