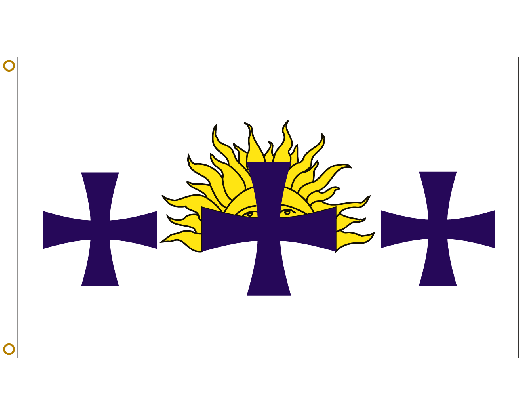 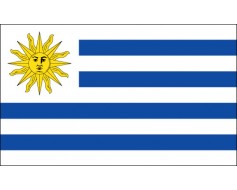 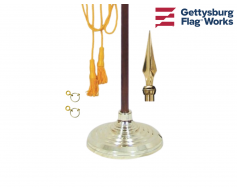 Complete indoor mounting kit for use with a grommeted fl...

The La Raza flag is also called the flag of the Hispanic People or even the Hispanic flag and it represents the Hispanic community. It was designed and firs raised on Independence Square of Montevideo, Uruguay in 1932.

The Hispanic flag is a white flag with three purple crosses and a rising sun.