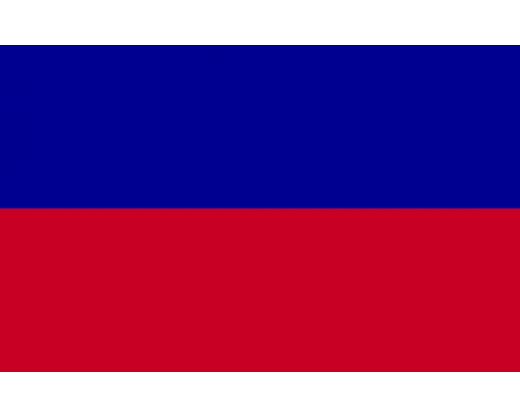 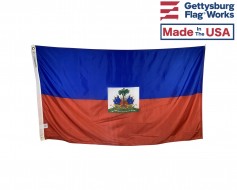 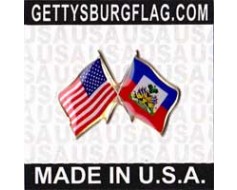 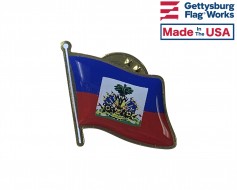 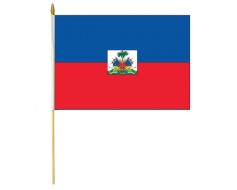 The Haiti flag was introduced in 1897 and reintroduced on February 25, 1986. The blue and red colors are taken from the French Tricolor and represent the union of blacks and mulattoes. The arms are composed of a cabbage palm surmounted by the Phyrgian cap of liberty and ornamented with trophies (rifles, flags, hatchets, cannons, cannonballs, trumpets, anchors etc). The motto means "Union Makes Strength"