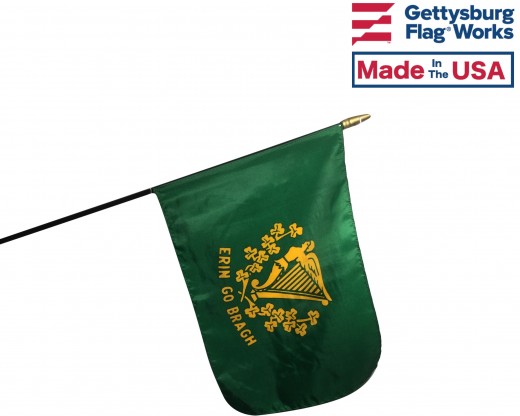 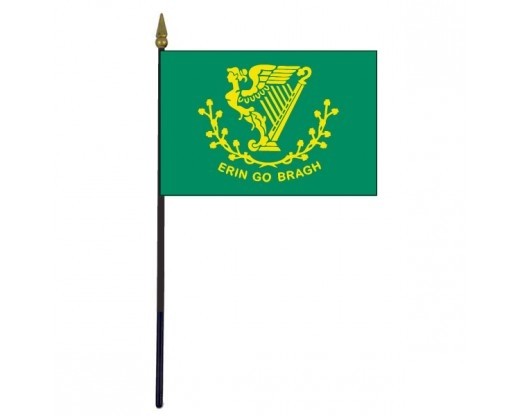 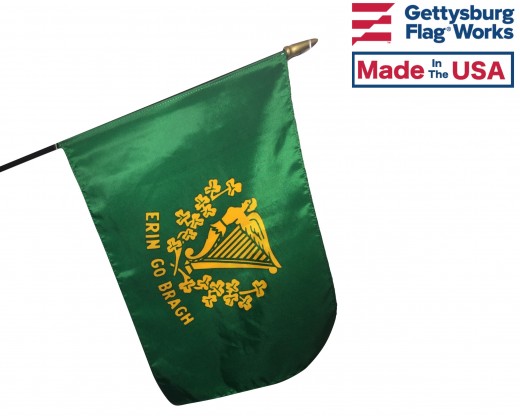 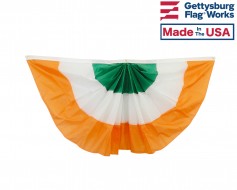 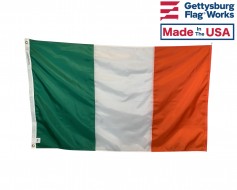 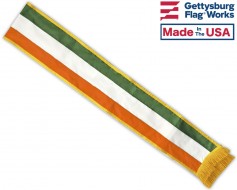 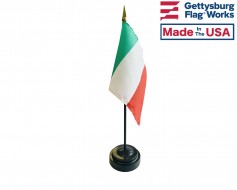 "Erin go Bragh" is the Anglicization of the Irish "Éire go Brách", or possibly "Éireann go Brách," and means "Ireland Forever." The phrase's origins may come from a Scottish song from the 19th century entitled "Erin-go-Bragh." This phrase was used to show Irish nationalism by 1847, when a group of Irish soldiers fighting with the U.S. Army in the U.S. - Mexican war deserted and joined the Mexican side. These soldiers of "Saint Patrick's Battalion," as they called themselves, flew a similar flag to this one as their standard.