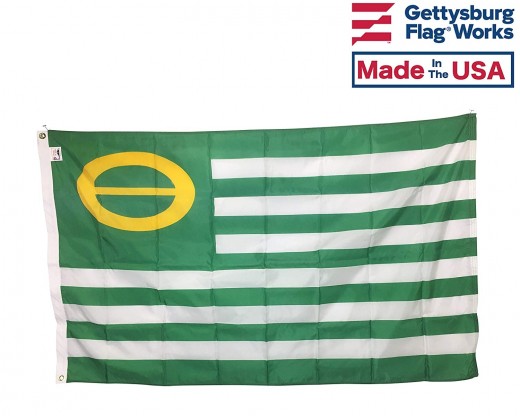 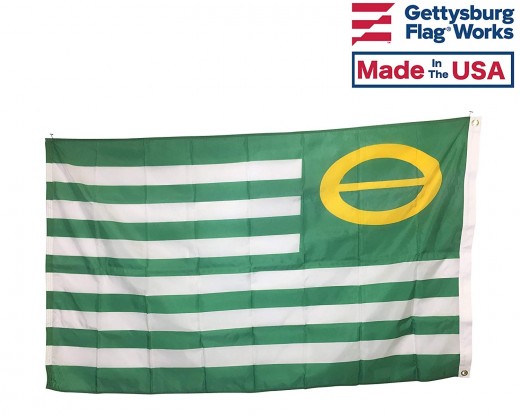 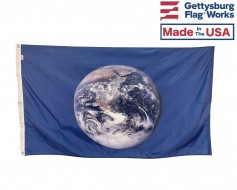 Show your appreciation for this beautiful planet and your... 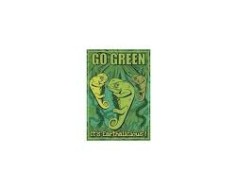 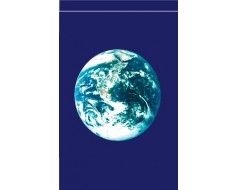 The earth from space. Earth Day is April 22nd each year.S... 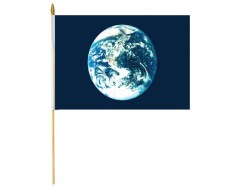 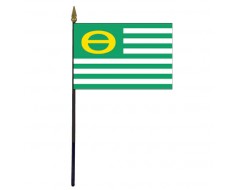 Description: Ron Cobb created an ecology symbol and published it on October 25, 1969, placing it in the public domain. The symbol was a combination of the letters "E" and "O" taken from the words "Environment" and "Organism", respectively. Look magazine incorporated the symbol into a flag in their April 21, 1970 issue. The flag was patterned after the flag of the United States, and had thirteen stripes alternating green and white. Its canton was green with a yellow Theta replacing the similar Cobb symbol. Theta was used because of its historic use as a warning symbol and the symbol would later become associated with Earth Day.

History: As a 16 year old high school student, Betsy Boze (Betsy Vogel), an environmental advocate and social activist that enjoyed sewing costumes and unique gifts, made a 4x6 foot green and white "theta" ecology flag to commemorate the first Earth Day. She was initially denied permission to fly the flag at C.E. Byrd High School in Shreveport, Louisiana. Vogel sought and received authorization from the Louisiana Legislature and Louisiana Governor John McKeithen in time to display the flag for Earth Day.

Way better than a cheap banner
By Wild Bill on June 17, 2017
I had a hunch that the flags from GFW would be higher quality than the big box stores, and I was correct.
Colors are brilliant on both sides.
Very happy with my Ecology flag.
It serves as a reminder to passers by that this is the only planet that we have, so we should treat our Mother Earth with respect.