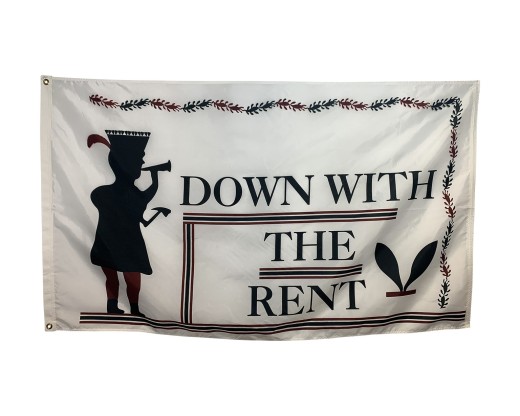 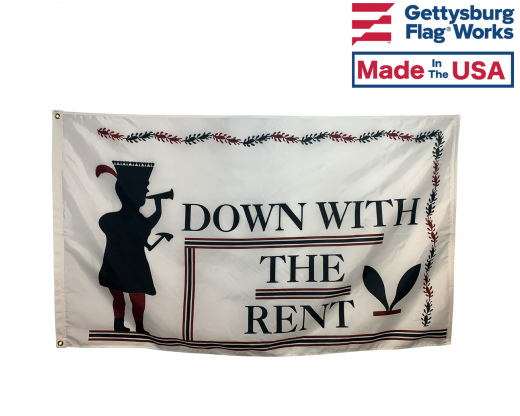 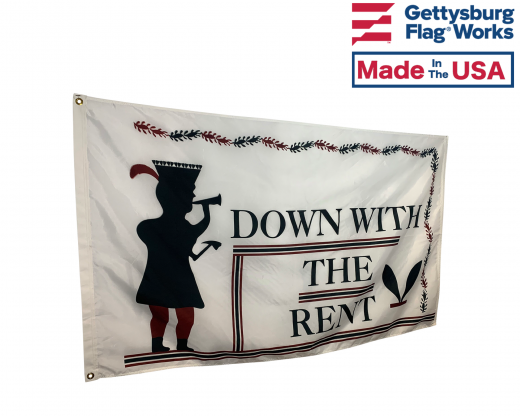 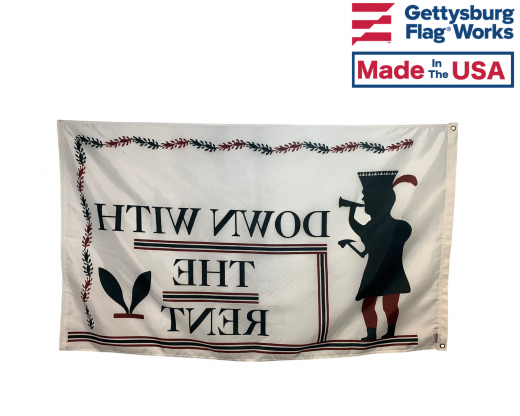 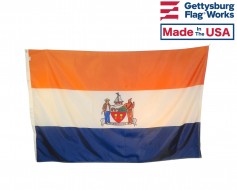 Official City of Albany flag for the capital city of New ... The official county flag for Rensselaer County in upstate... 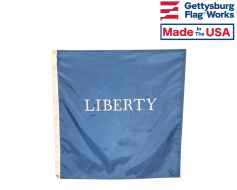 The “Down with the Rent” flag is a lasting symbol from the Anti-Rent Movement of the 19th century, when peasant farmers in Upstate New York revolted against a feudal manor system and the landholders who were charging the peasants annual rent for the use of the land.

About the Anti-Rent Movement

In 1839, the Anti-Rent Party was organized by tenant farmers in Berne NY. Between 1839 and 1945, the Anti-Renters disguised themselves as Calico Indians, as depicted on the “Down with the Rent” flag, to resist law enforcement and those attempting to collect rent and taxes.

The resistance was at least partially successful, as provisions for tenants’ rights were added in the New York Constitution of 1846, outlawing leases longer than twelve years. And the feudal manor system dissolved shortly thereafter as landholders sold off the lands.

About the “Down with the Rent” Flag

The “Down with the Rent” flag was discovered in 1955 by the granddaughter of Peter Hydorn, a member of the Anti-Renters Party who died in 1876. Mina Hydorn Stuart found the banner folded in a dresser drawer in Grafton NY and donated it to the Grafton Community Library. It is the only Anti-Rent banner known to have survived, and it remains on display at the Town of Grafton Town Hall.