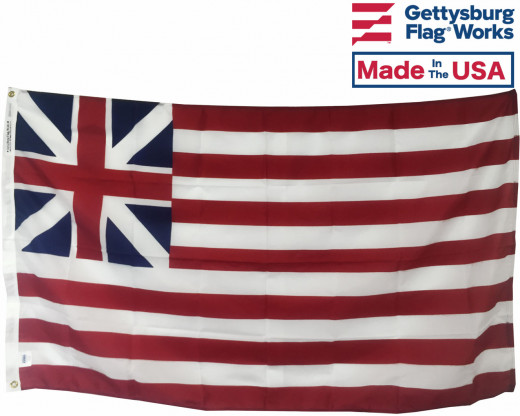 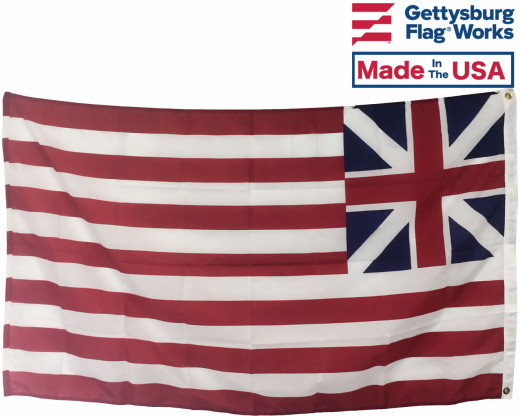 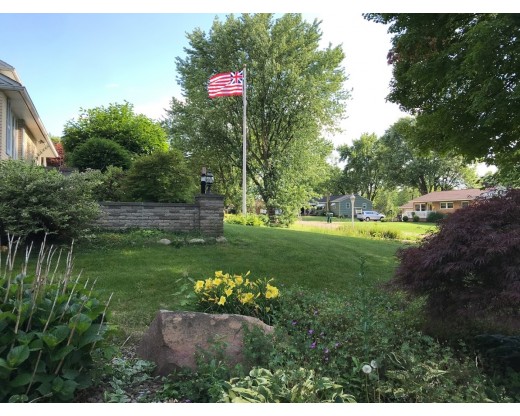 About the First Flag of the United States

When the Revolutionary War began in 1775, it became clear that a new flag was needed to represent the Continental Navy and the thirteen colonies it served. Congress believed the flag should acknowledge an allegiance to Great Britain, yet still be distinguishable from the Royal Navy’s Red Ensign, which included a Union Jack in the upper left corner on a field of red.

Instead of creating an original design, the Grand Union flag became a simple adaptation of the Royal Navy’s flag. Six white stripes were sewn onto the field of red to form thirteen red and white alternating stripes, and the Union Jack remained in the upper left canton.

The first flag of the United States of America has had several names, at least five of which are widely recognized.

How to Buy the Grand Union Flag

Our Grand Union flag is digitally printed on durable, all-weather nylon with a canvas header & brass grommet attachment. Available in a variety of sizes, the Grand Union flag can be purchased online, or by calling 1-888-697-3524.

Will buy again from this company
By EED on December 13, 2020
This a Christmas gift for my husband who actually picked it out.
We both were impressed with our previous purchase of the 15 stripe flag.