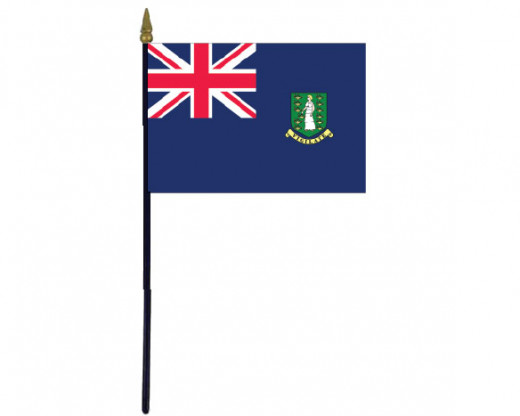 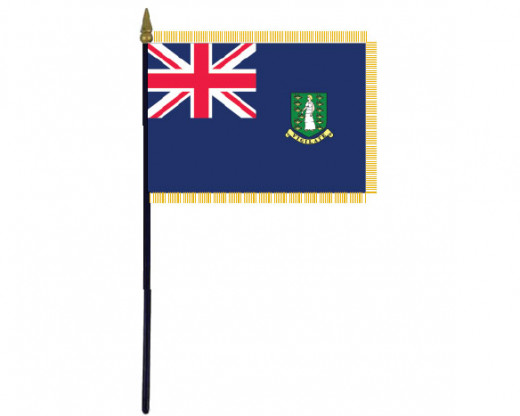 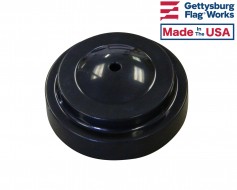 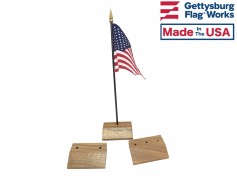 Walnut Table Base for 4x6" Flags 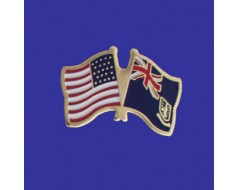 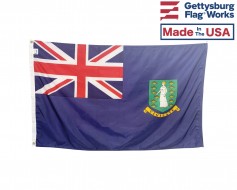 The British Virgin Islands is a an overseas British territory. The flag was adopted on November 15th, 1960. It is a Blue Ensign with the Union Flag in the canton. The coat of arms of the British Virgin Islands is centered on the fly end. The coat of arms features Saint Ursula and the lamps of her virgin followers, which gives the islands their name.