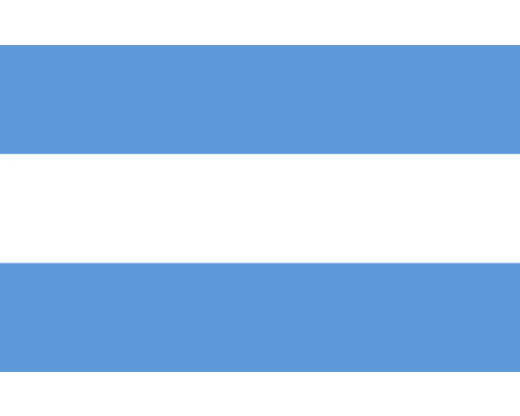 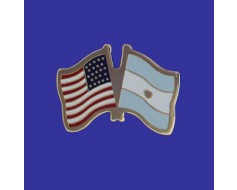 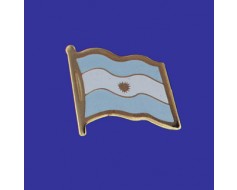 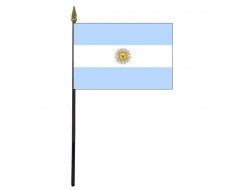 Indoor and outdoor Argentina flags are made in the US using high quality nylon material and are dyed with durable inks. If you don't see the size or style Argentina flag that you need, please give us a call and we can custom make your perfect flag.

Argentina flags were born amidst the revolutions that swept across Latin America during the early years of the 20th century. The fundamental features of the design have not changed since the flag was first developed, but the details of the flag's color scheme have varied over the years. There have been several different flags of Argentina over the years because of those changes, but their similarities mean that all of them can easily be recognized as Argentina flags and honored as symbols of the Argentinian people.

History of Flags of Argentina

The first flag of Argentina was designed by Manuel Belgrano during the country's war of independence. The flag developed out of his design for a cockade that he produced in order to differentiate between the revolutionary and loyalist forces on the battlefield. The cockade met with widespread approval, so he quickly moved on to adapt it into a flag. The revolutionary leaders disapproved of the flag because they believed it was too strong a symbol of independence at a time when they were nominally fighting against local leaders rather than their king. They ordered Belgrano not to use the flag, but their order arrived too late. The flag had already been flown by the time that the command reached him, and it quickly spread among the revolutionary forces.

The flag was adopted as the national flag of Argentina in 1816, and it became the model for all future flags of Argentina. The precise shade of blue changed in 1818, 1830, and 1861, but the fundamental pattern has remained the same except for a brief period between 1835 and 1861, when the flag featured a red liberty cap in each corner.