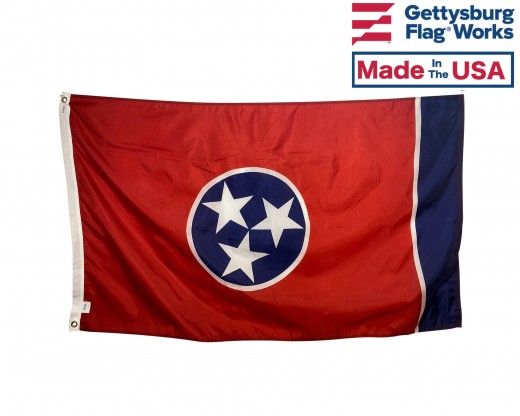 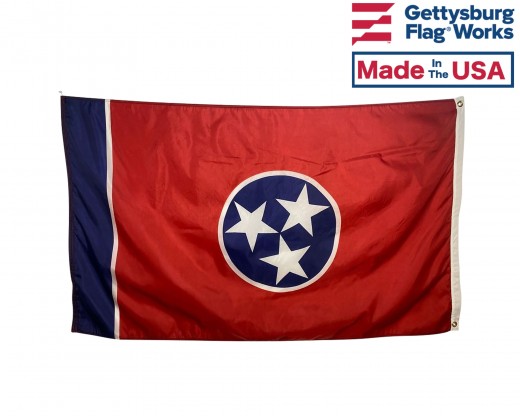 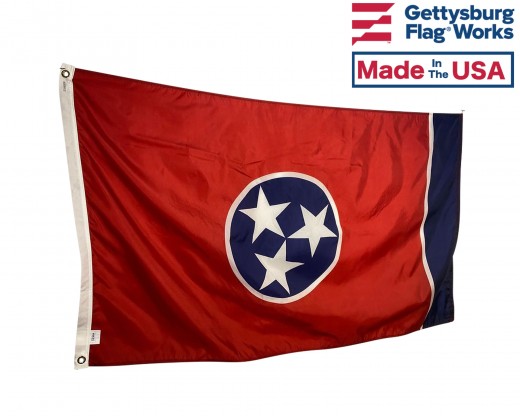 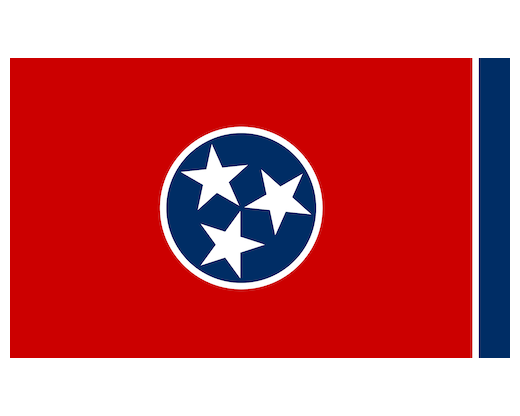 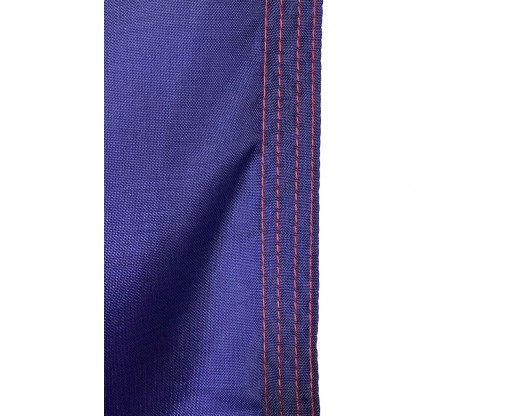 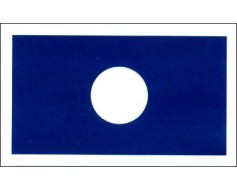 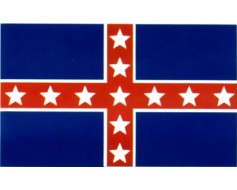 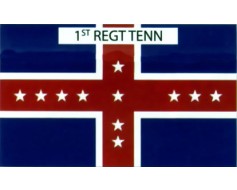 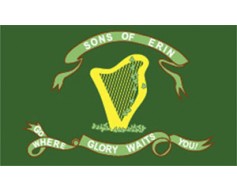 3x5' Nylon Single sided with reverse image on back M... 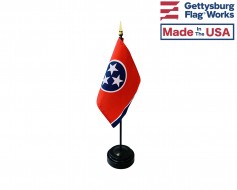 Outdoor Tennessee state flags are available in a variety of size, material and mounting options. Nylon Tennessee flags are lightweight but durable and dry quickly after a storm. For a more heavy-duty Tennessee flag, choose the heavy-weight polyester flag. The heavy duty polyester requires more wind to fly, but also lasts longer. Please call us if you don't see the size or style Tennessee flag that you are looking for. We can find, or custom make the perfect flag for your display.

Colors and Symbolism of the Tennessee Flag

The state of Tennessee flag consists of a red field with long stripe of blue and white along the fly. An emblem that consists of a blue disc with a white border and three white stars is in the center of the flag. The three stars represent the three Grand Divisions of Tennessee, which are recognized as culturally distinct sections of the state. The circle that surrounds them represents the fact that they are unified into a single state in spite of their cultural and economic differences. The blue stripe along the flag's fly does not have a symbolic meaning, but was included in order to add some diversity to the red field.

History of the State of Tennessee Flag

The Tennessee flag can trace its history back to the Civil War. The first of the flags was proposed in 1861, and it had a design that was derived from that of the national flag of the Confederate State of America. It took the stripes and blue canton of the Confederate flag, but it replaced that flag's stars with the state seal of Tennessee.

That flag was followed by an unusual variant on the traditional tricolor pattern in 1897. The flag of 1897 had three diagonal stripes of red, blue, and white with the state's nickname in the central stripe of blue and the number 16 in the white stripe. The flag's design honored Tennessee's place as the sixteenth state to be admitted into the United States of America, and its three stripes represented the three Grand Divisions of Tennessee.

The current flag came into use in 1905. The design is popular enough to be included in the logos of many companies that began in Tennessee, so it is unsurprising that it has not been changed since it first came into use.