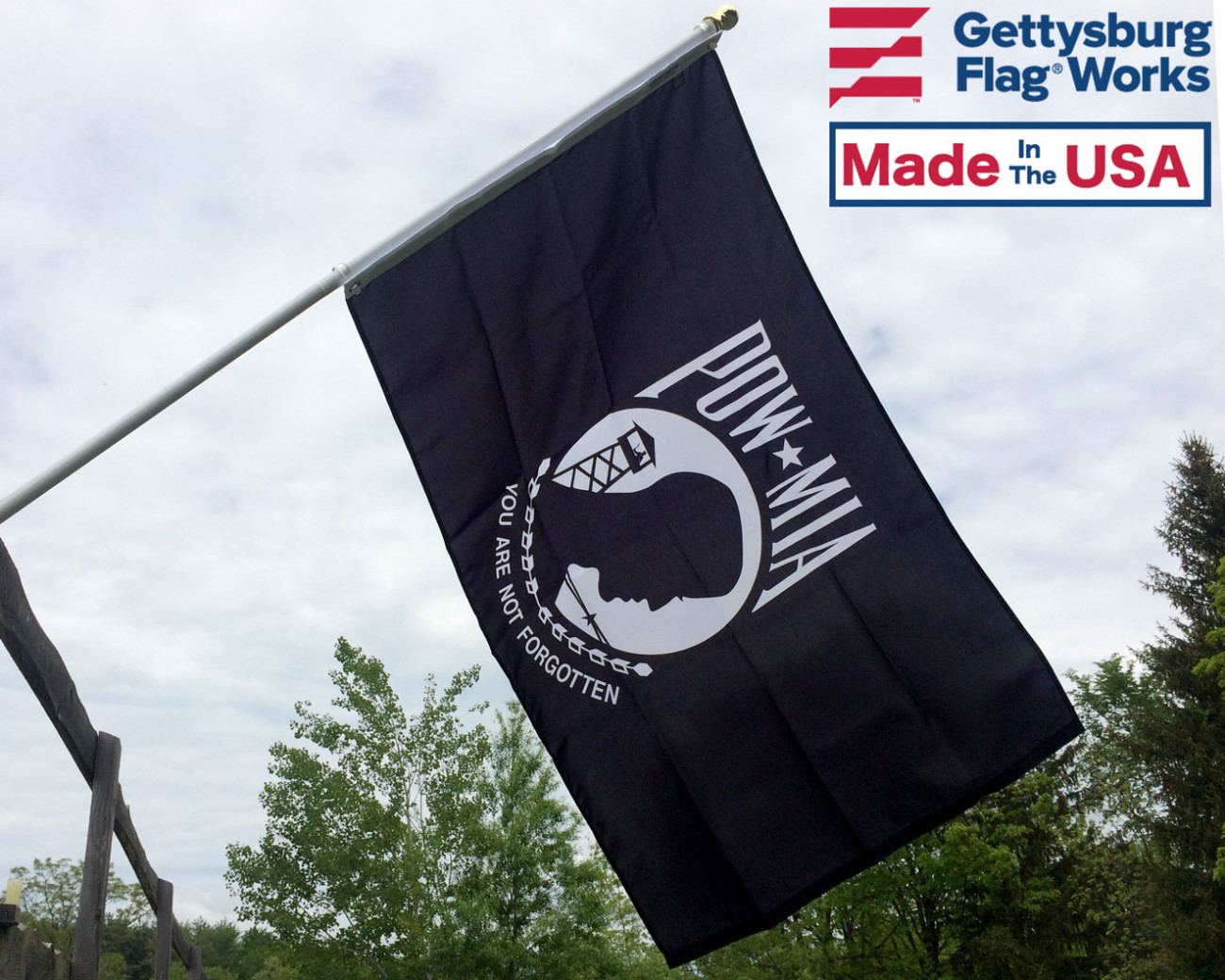 The black and white POW/MIA Flag features a silhouette of a prisoner of war, with a guard tower and barbed wire in the background, and the words “POW/MIA” at the top, and “You are Not Forgotten” beneath. Originally designated for American prisoners of war, missing in action or those otherwise unaccounted for in Southeast Asia, the flag is now widely accepted as a symbol of vigilance and remembrance for all POW and MIA.

To insure proper flag etiquette and respect for the POW/MIA flag, as well as other American Flags, the U.S. government has established flag codes, which detail how, when and where flags are to be displayed. The specific code for the POW/MIA flag is 36 U.S. Code, Section 902.

When to Fly the POW/MIA Flag

Civilians are free to fly the POW/MIA flag whenever they wish, and it is commonly flown in front of police stations, fire stations and veterans’ organizations across the United States. However, on the national and federal level, there has been much debate over whether the flag should be displayed every day, or only on the six specific days noted in the 1998 Defense Authorization Act.

According to the 1998 Defense Authorization Act, Congress specified that the POW/MIA flag would fly each year on six national days of observance:

The law also specified where the POW/MIA flag would fly, and designated these locations:

To eliminate confusion and end the debate once and for all, the Federal Law was clarified in 2019, when President Donald J. Trump signed Public Law 116-67, amending the days on which the POW/MIA flag is displayed on federal property. Also known as the “National POW/MIA Flag Act”, the law amended Title 36 U.S. Code, Section 902 to state that the POW/MIA flag display days are “all days on which the flag of the United States is displayed.”

How to Fly the POW/MIA Flag

In order to insure proper respect for both the POW/MIA flag and the American flag, as well as any other banners, flag etiquette dictates the order in which flags should be displayed.

POW/MIA Flag with the American Flag on a Single Flagpole

If the POW/MIA flag is flown with the American flag and other flags on adjacent flag poles, many believe that the POW/MIA flag should fly on the same pole and directly below the U.S. flag (if only 2 poles are available), or on its own pole directly to the U.S. flag’s left (the viewer’s right). State or military flags should be displayed on the second or third pole from the viewer’s right, unless stated otherwise in the state flag code. However, this is based on the Veterans of Foreign Wars (VFW) interpretation of the protocol, and is not technically part of the U.S. Flag Code.