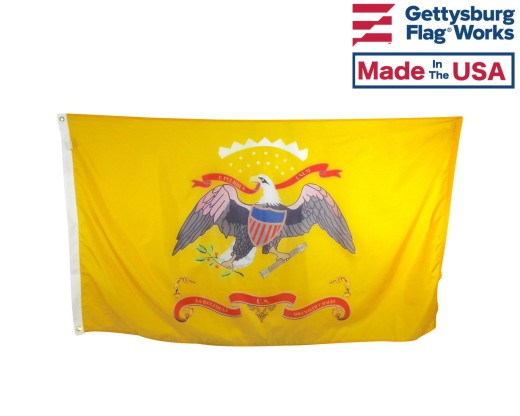 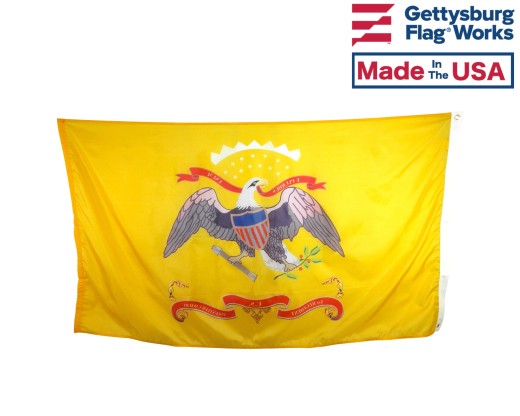 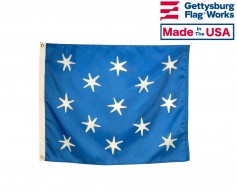 The personal position flag of our first president and fin... 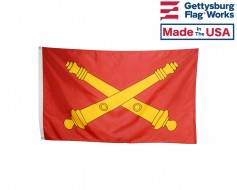 The regimental banner for Teddy Roosevelt’s “Rough Riders” is a colorful flag for a colorful group of characters. The highly publicized army unit was the first voluntary cavalry in the Spanish-American War. Known for its rough and tumble exploits, the unit included an eclectic mix of men that followed Roosevelt into battle, including cowboys and miners, polished Ivy League athletes, New York City cops, Texas Rangers and Native Americans.

The Rough Riders flag, with its bright yellow field and majestic bald eagle, was flown throughout the Spanish-American War, most notably during the Battle of Santiago on July 1, 1898. The Rough Riders first assisted in the capture of Kettle Hill and then charged across a valley and uphill to San Juan Ridge in Cuba. Upon seizing San Juan Hill, the Rough Riders flag was flown from the ridge, along with our country’s Stars and Stripes.

Learn more about the History of the Rough Riders.