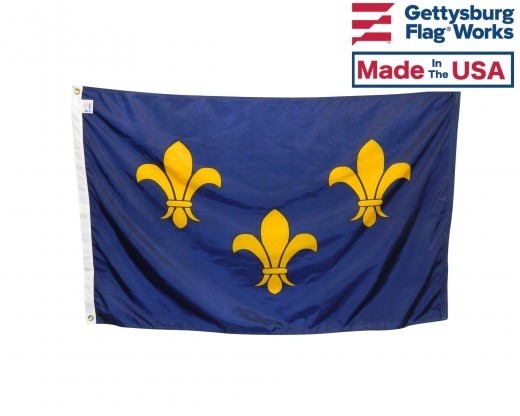 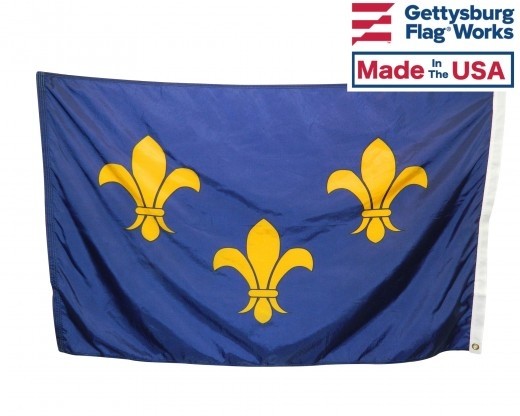 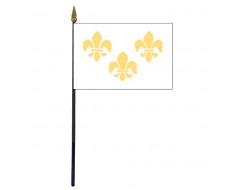 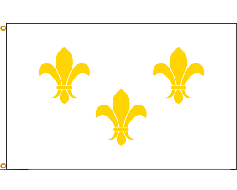 Under the ancient French regime, France had a great number of flags, and many of its military and naval flags were elaborate and subject to artistic variations. This is the royal coat of arms, a blue shield with three golden fleurs-de-lis. It was used as the basis for the state flag. After the Bourbons came to power, that shield was generally displayed against a background of the Bourbon dynastic color, white.