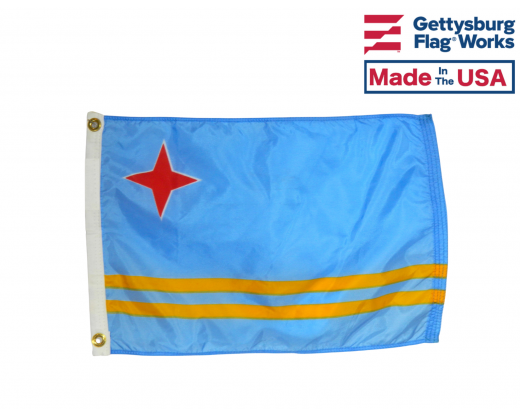 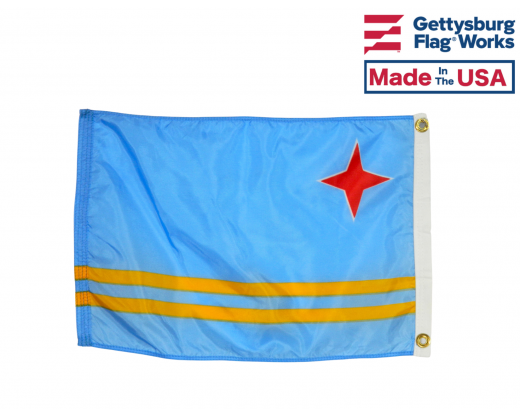 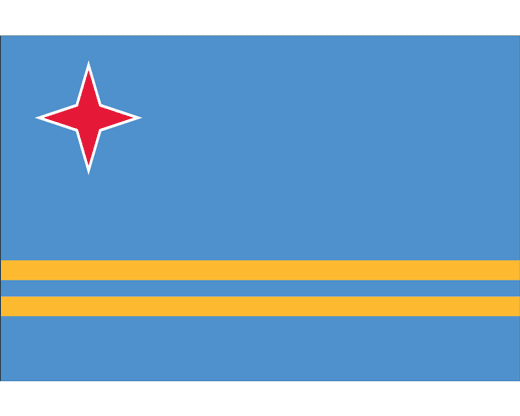 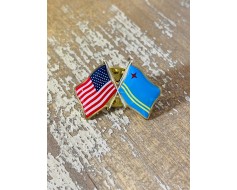 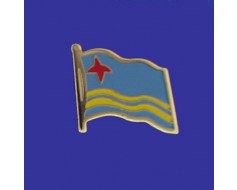 The flag of Aruba became official on March 18th in 1976. It's design is full of symbolism. The four pointed star represents the compass and it's color of red is for the love of country. The yellow stripes are for the free and separate position Aruba enjoys in the Kingdom of the Netherlands. Yellow is considered the color of abundance and represents the island's past and it's industries of gold, aloe and oil. The white around the star represents the purity of heart and also the white beaches of the island. All of those are placed on a blue field white represents the sea which surrounds the beautiful island.