First Flag of the United States 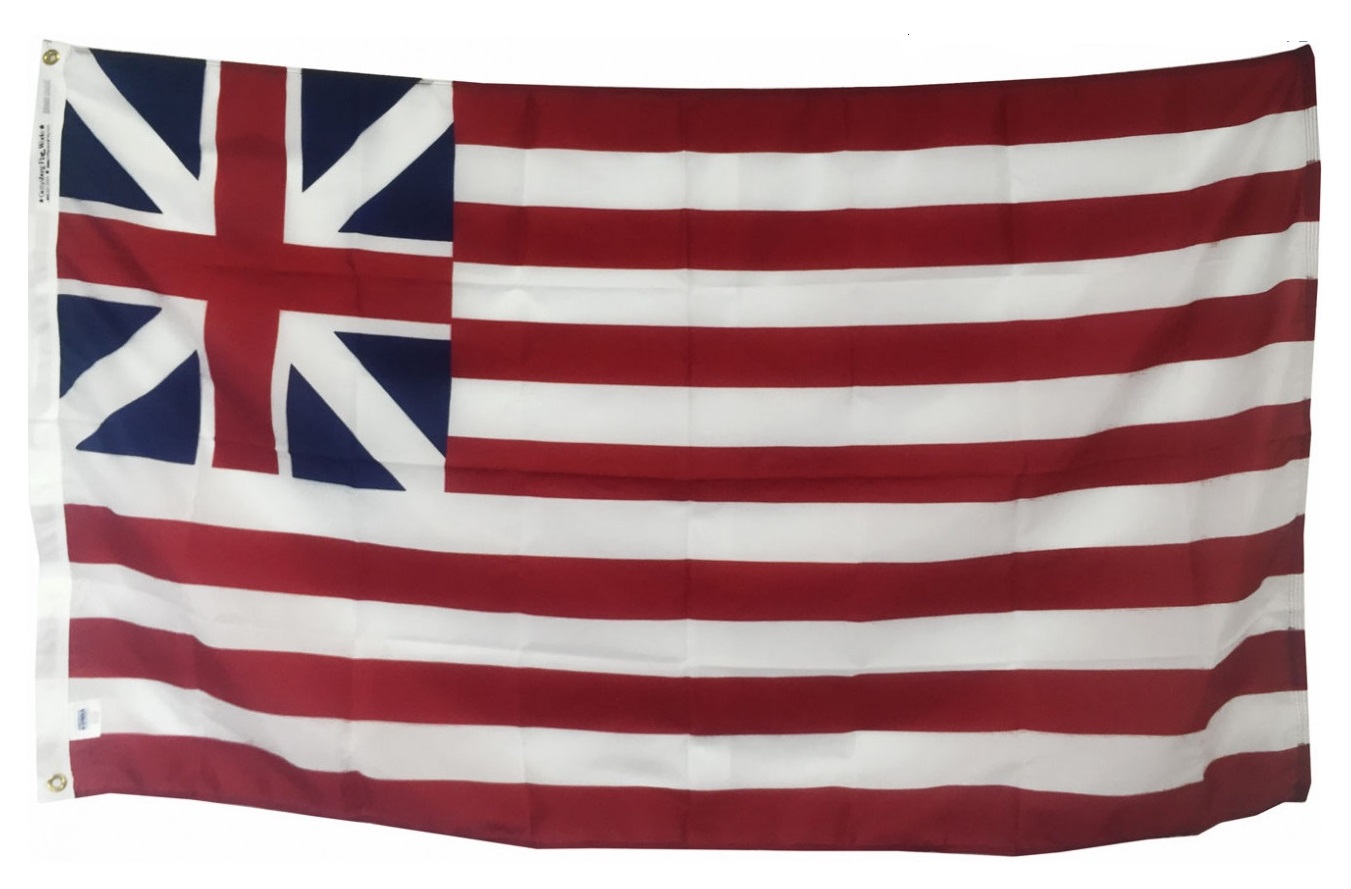 The Stars and Stripes has remained relatively unchanged since 1777. Except for an adaptation in 1795 and again in 1818, when two stripes were added and then removed, the flag’s design has only been modified with the addition of stars and the pattern in which the stars are arranged. However, the very first national flag of the United States did not contain any stars at all.

Known commonly as the Grand Union Flag, but often referred to by other names, the first national flag of the United States was introduced in 1775. It, too, features thirteen alternating red and white stripes, but with the British Union Jack in the canton instead of stars.

History of the Grand Union Flag

When the Revolutionary War began in 1775, it became clear that a new flag was needed to represent the Continental Navy and the thirteen colonies it served. Congress believed the flag should acknowledge an allegiance to Great Britain, yet still be distinguishable from the Royal Navy’s Red Ensign, which included a Union Jack in the upper left corner on a field of red.

Instead of creating an original design, the Grand Union flag became a simple adaptation of the Royal Navy’s flag. Six white stripes were sewn onto the field of red to form thirteen red and white alternating stripes, and the Union Jack remained in the upper left canton.

The first recorded appearance of the Grand Union flag was on the USS Alfred navy vessel in Philadelphia, Pennsylvania in December 1775. It is also believed to have been raised by George Washington’s army on New Year’s Day in 1776 near his headquarters in Cambridge, Massachusetts. Used as both a naval ensign and garrison flag, the Grand Union was officially replaced with the Stars and Stripes on June 14, 1977.

A Flag with Many Names

The first flag of the United States of America has had several names, at least five of which are widely recognized.

Derived from the flag’s color scheme of red, white and blue, which are known collectively as the Continental Colors.

A reference to the fact that the flag was created under the authority of the Continental Congress, who recognized the need for a new flag to represent the United Colonies.

So named because the flag was first flown on the newly formed Continental Navy’s first flagship, the USS Alfred.

A reference to the belief that the flag was raised by George Washington’s army on New Year’s Day in 1776 near his headquarters in Cambridge, Massachusetts.

First used in 1872 by George Henry Preble in his History of the American Flag, this remains the mostly commonly used moniker today.

Honor Our Nation’s History with a Grand Union Flag

The Grand Union flag is an important piece of our nation’s history, and a symbol of our independence. To honor the past, Gettysburg Flag Works has created a replica of our nation’s first flag. Proudly made in the USA, our Grand Union flag is digitally printed on durable, all-weather nylon with a canvas header & brass grommet attachment. Available in a variety of sizes, the Grand Union Flag makes a great gift for Revolutionary War collectors and history buffs. Shop online or call 1-888-697-3524 to place an order by phone.