All About Awareness Ribbon Flags 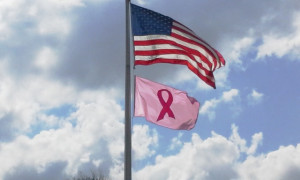 How and Why to Fly Awareness Flags

The first step to solving any problem is making sure that people know it exists. There are a lot of different ways to raise awareness, but flags and banners have proven themselves to be among the most popular and effective in recent years. These flags range from the iconic pink breast cancer awareness flags to the puzzle pattern of the autism awareness flag. Awareness ribbon flags can be found flying over many shops, offices, and public events. 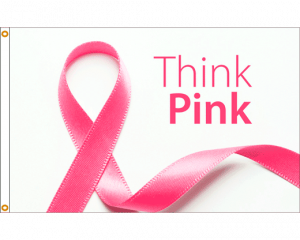 Breast cancer flags, specifically the pink ribbon flag, are some of the most recognizable cause related flags in the country because they get flown at so many different events. Most charity events for breast cancer feature the pink ribbon flags, both for decoration and as a reminder about the reason for the event, but there are plenty of other reasons to fly them.

The most common reason to display a breast cancer awareness flag is to honor Breast Cancer Awareness Month, which is October. Most offices that choose to mark the month with a flag will put it away in November, there are also a few reasons to fly the flag during the rest of the year.

Displaying an awareness flag sends a message of support to people who suffer from breast cancer. Cancer puts a huge strain on both the patients and their families, so any source of support can make a big difference and help them bear the burden of the disease. Medical clinics can hang breast cancer flags in their office as a small sign of solidarity with their patients. Businesses that employ somebody who suffers from breast cancer can do the same thing to support their worker. It’s a small gesture, but it can mean a lot to people with the disease. 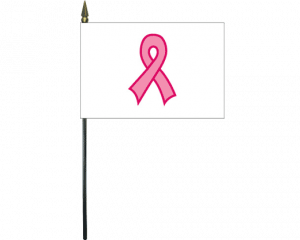 It’s relatively common to fly a pink ribbon awareness flag on an outdoor pole during Breast Cancer Awareness month, but that kind of display is fairly rare during the rest of the year. It’s much more common to display these flags indoors. Medical clinics often hang them from the registration desk to make sure that patients can see the flag as they sign in. Other businesses prefer to hang them from walls in waiting rooms or hallways. Some businesses and clinics that have lost patients or employees to the disease use the pink ribbon flags to form a memorial wall along with the names and pictures of the deceased.

Why Fly an Autism Awareness Flag? 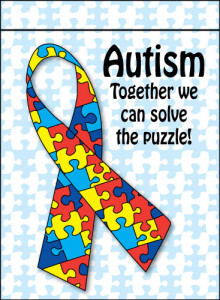 Autism awareness is a fairly recent development, which impacts the reasons for flying the flag. Awareness flags for well-known causes like breast cancer are flown as much to show support as they are to raise awareness, since most people are at least peripherally aware that the problems exist. That is not always the case for autism, so displaying a flag in a public space can do a great deal for autism awareness. This is especially important during charity events because they tend to generate plenty of attention from the local media, which is useful for promoting autism awareness among people who would never think about it otherwise.

That having been said, autism awareness flags are still a good way to provide emotional support. The most difficult part of autism for many people is taking care of an autistic child, so it’s more common to see these flags at a special needs school or a mental health clinic than it is in a business or office.

How to Display Autism Awareness Flags 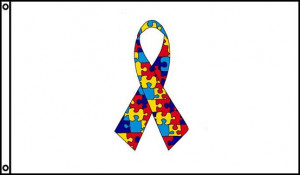 In general, people display autism awareness flags in the same ways that they display flags for breast cancer. They are displayed on outdoor poles during special events, but apart from that people tend to use them for indoor displays.

The fact that the general public is only just starting to be aware of autism makes it especially important to show off these flags at public events. Most of the people who are involved in the event will already be familiar with the cause, but many onlookers will not, and the flags offer a chance to start a conversation and raise awareness. Schools and mental health clinics can also use them to help set the tone for educational gatherings. Without the flags, a meeting that focuses on learning how to help one or two autistic children is only about the individuals. With the flags, the focus shifts away from the individuals and towards understanding autism in general. It may not seem like much, but big changes come from the combination of many little efforts.

There are no bad times to offer support to the people that need it, but there are some occasions which are especially appropriate. Breast Cancer Awareness Month is coming up fast, so you should be sure to your breast cancer awareness flags soon to make sure that you can be ready to show your support for the cause.