The Battle of Plattsburgh & Its Unusual Flag 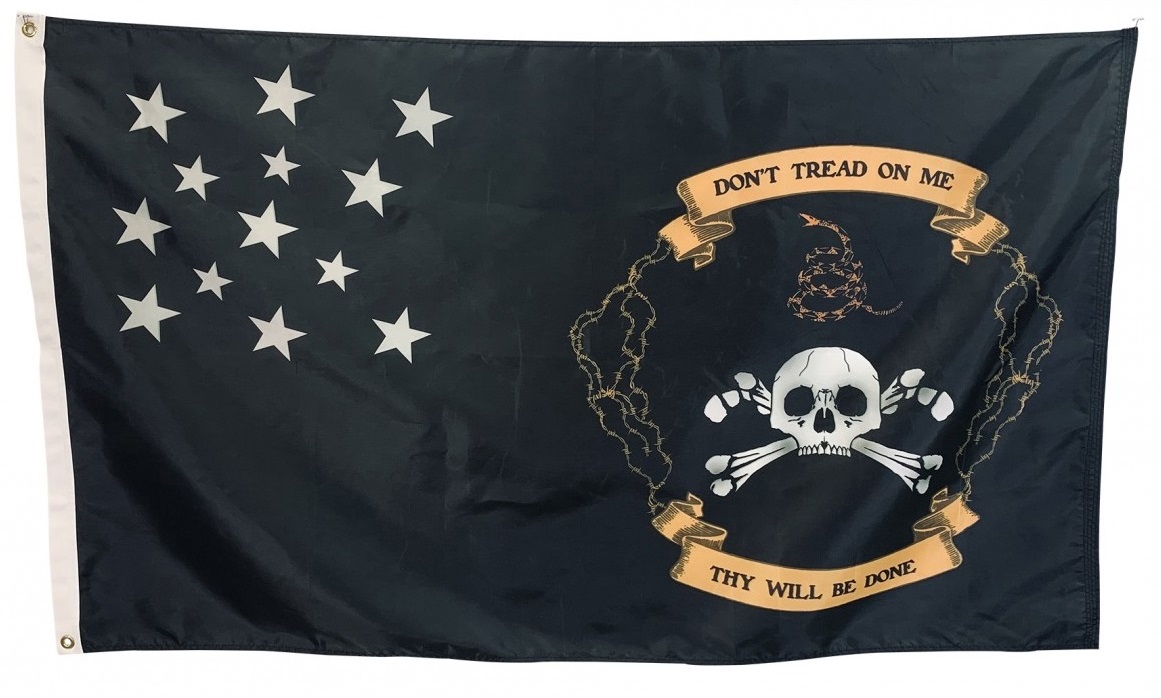 Fought between the Americans and the British in the Great Lakes Region of New York State during the War of 1812, the Battle of Plattsburgh has all the makings of a great movie plot. Especially if (spoiler alert) you like when the underdog wins.

It has intrigue, strategy, an interesting cast of characters, and even an unorthodox flag that looks a little bit like it belongs on a pirate ship.

The Battle of Plattsburgh

Also known as the Battle of Lake Champlain, this major turning point in the War of 1812 took place in Plattsburgh Bay on Lake Champlain.

With Britain already controlling Canada, both the Americans and the British recognized the importance of Plattsburgh as the gateway to New York’s waterways. And so, in early September 1814, a British army of nearly 10,000 well-trained, battle-hardened soldiers entered New York State from Canada and advanced toward Plattsburgh, where they waited to engage with American forces until their naval fleet arrived.

At dawn on September 11, 1814 the battle began. American ground forces were outnumbered three to one, and the American naval ships were also underpowered. However, in a pivotal strategic move, U.S. Master Commandant Thomas MacDonough anchored his fleet in Plattsburgh Bay, forcing Captain George Downie and the British navy to sail around Cumberland Head peninsula, and allowing the U.S. to strike first.

Within 20 minutes, a cannonball from the USS Saratoga struck Britain’s Confiance, killing Captain Downie. The battle continued for another two hours, with the three ships on each side taking on considerable damage. However, in yet another brilliant strategic move, MacDonough was able to maneuver the Saratoga so that its unharmed side faced the Confiance. With inexperienced gunners, no leader and severe damage, the Confiance was unable to do the same, and with one final devastating blow, the British ships were forced surrender.

Realizing it would be impossible to control the area and resupply ground forces without control of Lake Champlain, the British Army was forced to retreat, as well, despite a considerable advantage over the Americans.

The American victory on Lake Champlain boosted morale, put an end to Britain’s plans to seize more American territory, and ultimately encouraged peace negotiations between the U.S. and England. On December 24, 1814, the Treaty of Ghent was signed, officially ending the War of 1812.

The Battle of Plattsburgh Flag

While the Battle of Plattsburgh is credited with being the most decisive engagement of the War of 1812, the story behind the flag often associated with it is a little less conclusive. In fact, its design is believed to have appeared only once in a document of record.

Also known as the Veterans Exempt Flag, it represents one of the many groups that came together to form a patchwork of American forces. The Veterans Exempt, or Veteran Exempts, was a New York State militia group formed in July of 1812 and led by Captain Melvin Woolsey. The group was made up of Revolutionary War veterans who were otherwise exempt from military service due to their age, but who volunteered their service during the Battle of Plattsburgh nonetheless, and provided a valuable reserve in a time of crisis.

Own a Piece of American History

Despite the lack of historical record, the Battle of Plattsburgh Veterans Exempt Flag is among the top sellers at Gettysburg Flag Works. Its unique design and perhaps even its mystery, contributes to its allure among history buffs, veterans, and, dare we say, modern day pirates?

Made in the USA of durable all-weather nylon and digitally printed for brilliant color, this piece of American history is available in a variety of sizes. Visit our Veterans Exempt Flag product page to learn more.