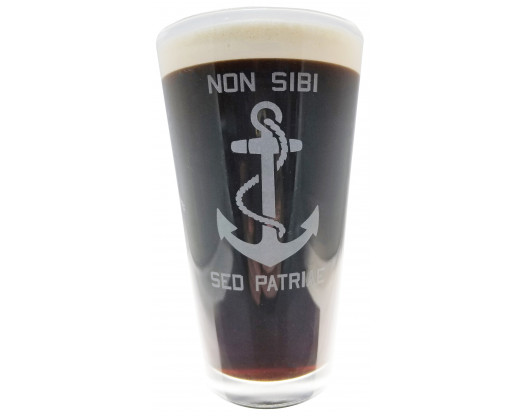 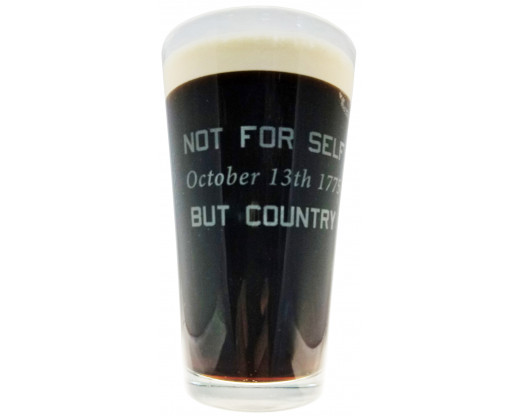 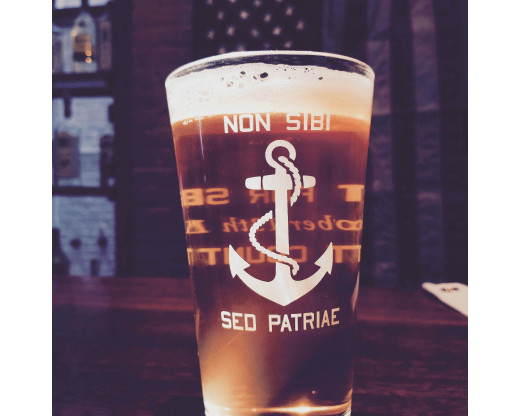 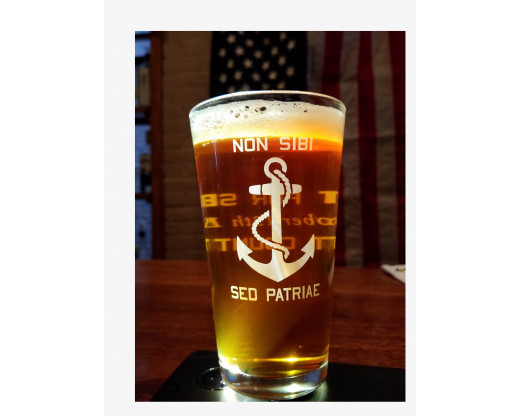 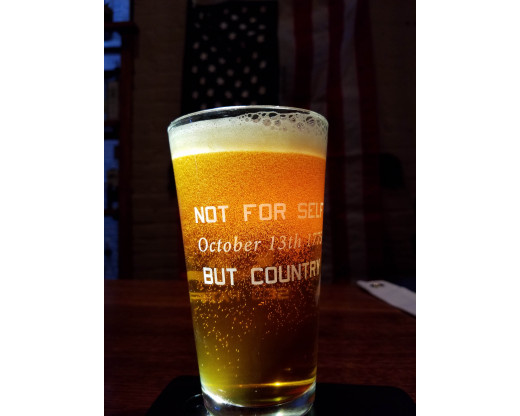 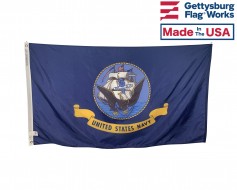 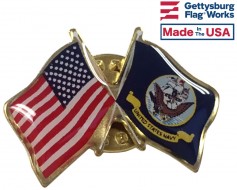 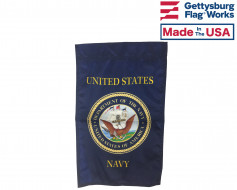 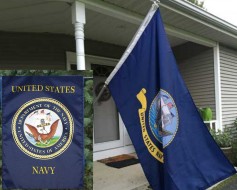 The Navy Emblem and Its Unofficial Motto

The emblem on the United States Navy flag is comprised of the inner circle of the Department's full seal encircled by a rope. Since the rope forms a circle it has no end point, alluding to the enduring spirit of the Navy.

In the emblem you see sky, sea, and land, symbolic of the Navy's reach. It features a bald eagle with spread wings representing the U.S. Navy's constant readiness. The eagle has one foot on the ground and the other on an anchor, with the crown of the anchor resting on the ground. Behind the eagle there is a a ship with its sails at full mass. The ship is flying the National Ensign, the commodore's flag, and the commission pennant. This emblem varies from the official emblem of the Navy which features a bald eagle supporting a shield bearing the national colors, and holding a fouled anchor in its grasp. The emblem is also encircled by a rope.

One thing that remains constant across Naval imagery is the anchor. In fact, the first Navy flag featured simply a fouled anchor in a white diamond on a blue background. This image is still widely used in conjunction with the Navy. While not featured on any of the emblems or seals, the Navy's unofficial but universally used motto is “Non sibi sed patriae” which translates to “Not for self, but country.” Though it is not an “official” motto it can even be found inscribed above the chapel doors at the United States Naval Academy.

Interested in other products featuring the Navy emblem and motto? Check out our wide selection of Navy flags!

The quality is fine and at a price I could afford.
By Budzo on July 13, 2018
Great glass for some serious Rum and Coke time. I like the motto on the glass, did 8 years in the Navy.
Military Strong
By Nick on January 15, 2018
Nice glasses! I received as a gift from my niece. Military strong.