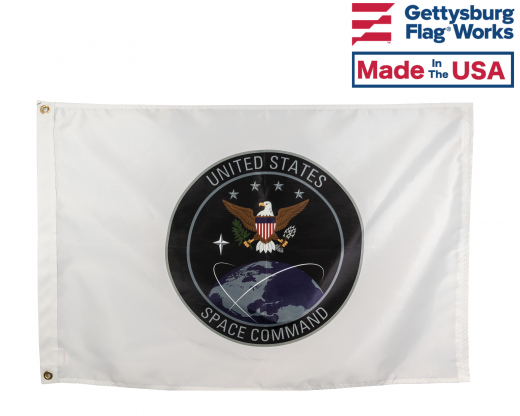 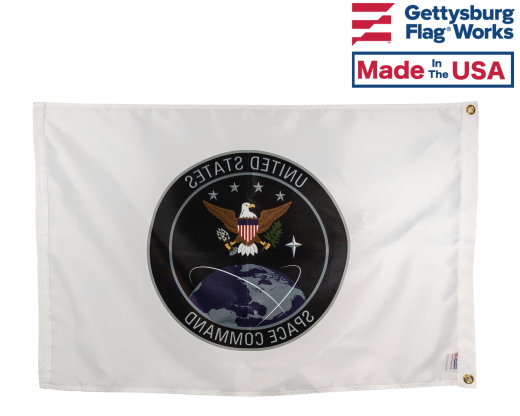 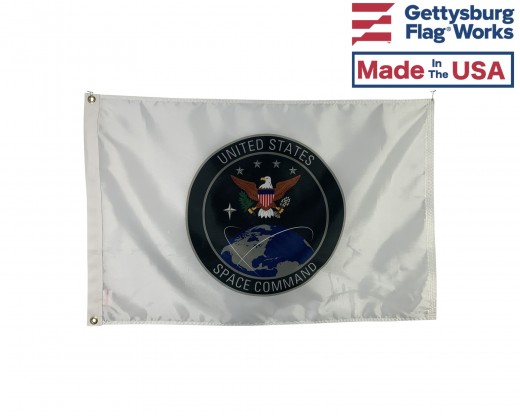 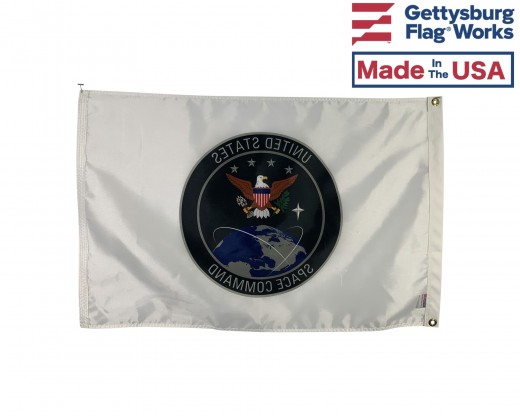 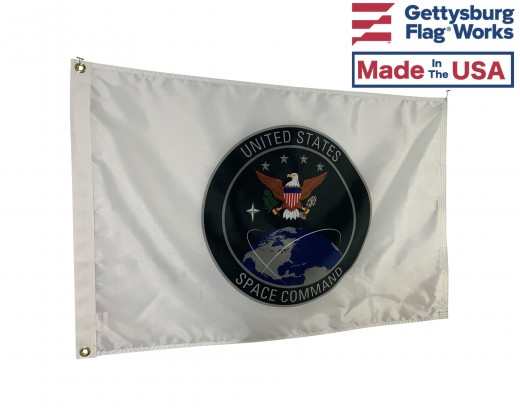 The U.S. Space Command is an agency of the Department of Defense responsible for military operations in outer space. The eleventh unified warfighting command was activated on August 29, 2019 in a ceremony at The White House. Although technically a re-establishment – the original United States Space Command was founded in 1985 and inactivated in 2002 – military officials contest that the agency is different from its predecessor, if for no other reason than the environment has changed. Space is now a critical combat domain.

U.S. Space Command, or U.S. SPACECOMM for short, is responsible for preparing all military operations in space, and is supported by service members drawn mostly from the Air Force, but also from the Army, Navy and Marines. A new military branch was also established to organize and train space personnel. Known as U.S. Space Force, the sixth and newest military branch was signed into law in December 2019.

ABOUT THE U.S. SPACE COMMAND FLAG

The new U.S. SPACECOMM flag and insignia looks very similar to the original from 1985, although it’s been updated with a sleeker, more modern design. Unfurled for the first time in a ceremony at the White House on August 29, 2019, the flag features the U.S. Space Command seal on a white background.

The seal includes an eagle and shield positioned above a dark blue globe with an elliptical orbit. There are also four gray stars in an arc over the eagle to symbolize the four unified military branches, as well as a white North Star to the left of the eagle. A traditional symbol of American strength and vigilance, the eagle grasps a green olive branch in its right talon and thirteen arrows with feathers in its left.

For questions or assistance ordering, please give us a call at 1-888-697-3524 or contact us online. You may also be interested in the official U.S. Space Force Flag.