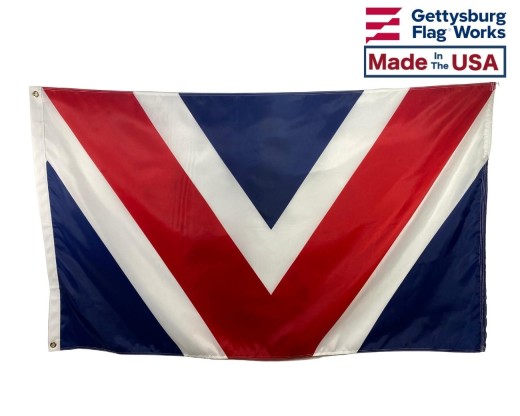 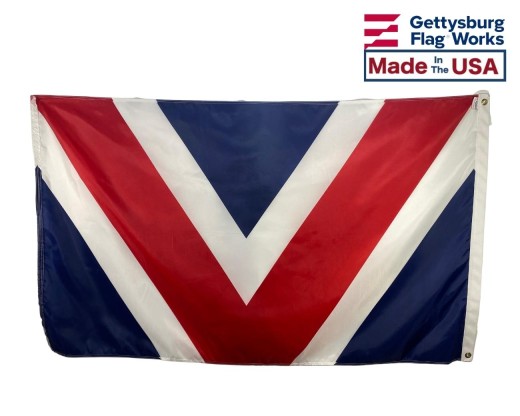 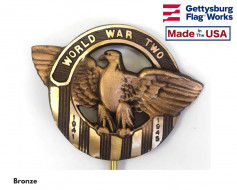 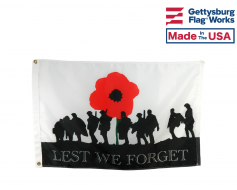 The war to end all wars, a horrible, brutal conflict dec...

About the Victory in Europe V-E Day Flag

The Victory in Europe Flag, or VE Day Flag, commemorates May 8, 1945, the day the unconditional surrender of German Nazi forces went into effect, marking the end of WWII in Europe. The flag features the red, white and blue colors of the Union Jack in the shape of a V.

VE Day was celebrated throughout Europe, as well as the United States. Cities in both nations, displayed flags, banners, and buntings, and rejoiced over the defeat of Nazi Germany. Britain declared a national holiday, and parades, services and street parties took place from London to Paris. The Soviet Union also celebrated VE Day, but on May 9, following a second signing of the surrender agreement insisted on by leader Josef Stalin. There were fireworks over the Kremlin and parties in Red Square.

The celebrations in the United States were somewhat more subdued, dampened by the recent death of President Roosevelt, and the fact that the war was not won yet in the Pacific, where the U.S. and Allied Forces continued to fight Japan. However, many Americans rejoiced anyway, with the biggest celebration taking place in New York City’s Time Square.

Each year on the anniversary of VE Day, people around the world recognize with gratitude the sacrifices that were made in the European Theatre by proudly flying the VE Day flag.

How to Buy the Victory in Europe Flag

Gettysburg Flag Works carries the VE-Day Flag in a variety of sizes. Each flag is digitally printed on durable, all-weather nylon with a canvas header & brass grommet attachment and reinforced stitching. Proudly made in the USA, our Victory in Europe flags can be purchased online, or by calling 1-888-697-3524.

Looking for other flags from World War II? Browse our extensive collection of War & Battle Flags, or contact us online for additional assistance.