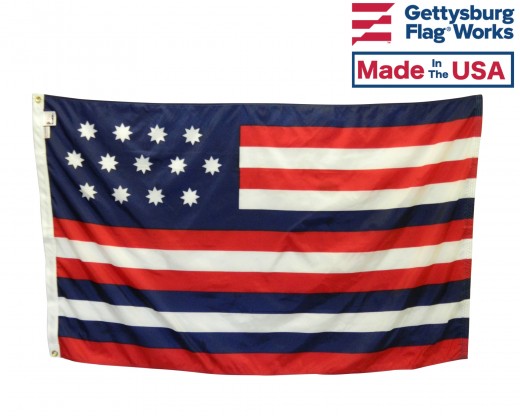 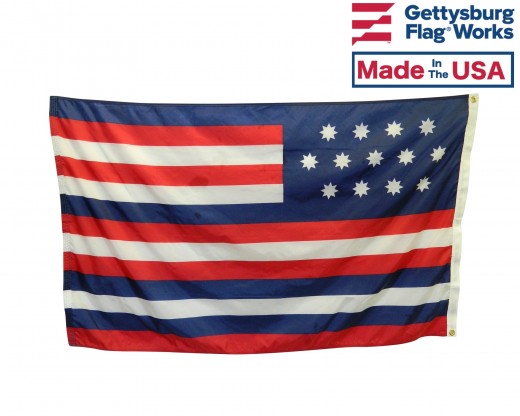 On September 23, 1779, John Paul Jones attacked and overtook the British merchant marine ship, Serapis. When Jones returned to port with the Serapis for a refit, the British ambassador accused him of being a pirate due to the fact he was flying a flag of unknown origin. Being no friends of the British, the dutch ambassador quickly had a sketch made of the flag the Serapis was flying. When the sketch was finished, he slipped it into his official records as an American flag. By doing that the British were forced to recognize the flag as one of the United States and Jones was released and allowed to refit his vessel.

Nylon with canvas header and grommets.