The United States Flag Code provides advisory rules for display and care of the American Flag, but there are also specific guidelines for flying flags on recreational boats. In fact, boat flag etiquette not only ensures that the flag is displayed respectfully, it actually helps boaters to identify one another and communicate while on open water.

Boat Flags: When & Where to Fly Them 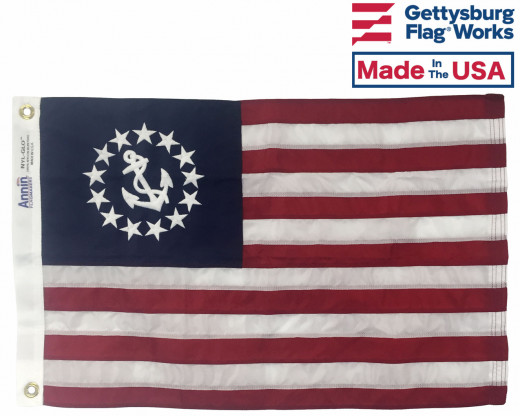 The ensign flag is the largest, most important flag on a boat because it identifies the nation of origin. The preferred U.S. national ensign flag is the traditional American Flag, however, the United States Yacht Ensign may be flown in its place, provided the boat remains in domestic waters. Similar to the Betsy Ross Flag, but with a fouled anchor in the center of the 13 stars, the yacht ensign should never be used in international or foreign waters.

Always flown off the stern, on a staff-pole that is long and angled, the ensign may be offset to one side to allow it to fly clear of the rigging and engine exhaust. In addition, American boat flags should only be flown from 8:00 am until sunset, and when entering or leaving port during daylight or at night, weather and rig permitting. When leaving your boat in port, the flag should be taken down if you will not return before sunset.

Typically triangular or swallow-tailed in shape, the burgee flag is a small flag with a symbol signifying the skipper’s sailing organization or yacht club. Many yacht clubs have rules about when their burgees are flown, but generally speaking, burgee flags are flown from the bow staff or under the starboard spreader. These flags are flown day and night, and follow the skipper from boat to boat.

Private signal flags are personal flags, sometimes referred to as house flags, which are custom designed and made specifically for the boat owner. Custom Boat Flags usually feature a personal interest, hobby, family tradition, initials or some other symbol to identify the boat owner. These boat flags are flown day and night, but only when the owner is in command of the boat. Custom boat flags are flown at the head of the aftermost mast, from the bow staff on mastless vessels, or on the starboard rigging below the burgee.

To show respect, courtesy flags are flown when entering or operating a boat in foreign waters and, in some instances, when there is someone from a foreign country on the boat. Courtesy flags represent the host nation or state in whose waters you are traveling, and are flown from the starboard spreader on a sailboat, the starboard spreader of a powerboat with a mast, or the bow staff of a mastless boat.

Signal Flags are an international standard in maritime, used for nautical ship-to-ship communication, primarily related to safety and navigation. Each signal flag corresponds to a number or letter of the alphabet, and when displayed by itself or in conjunction with other letters and numbers, the flags relay important messages and information to other vessels. Although radio transmissions have largely replaced the use of signal flags, they are still required on commercial vessels and in foreign ports of call. 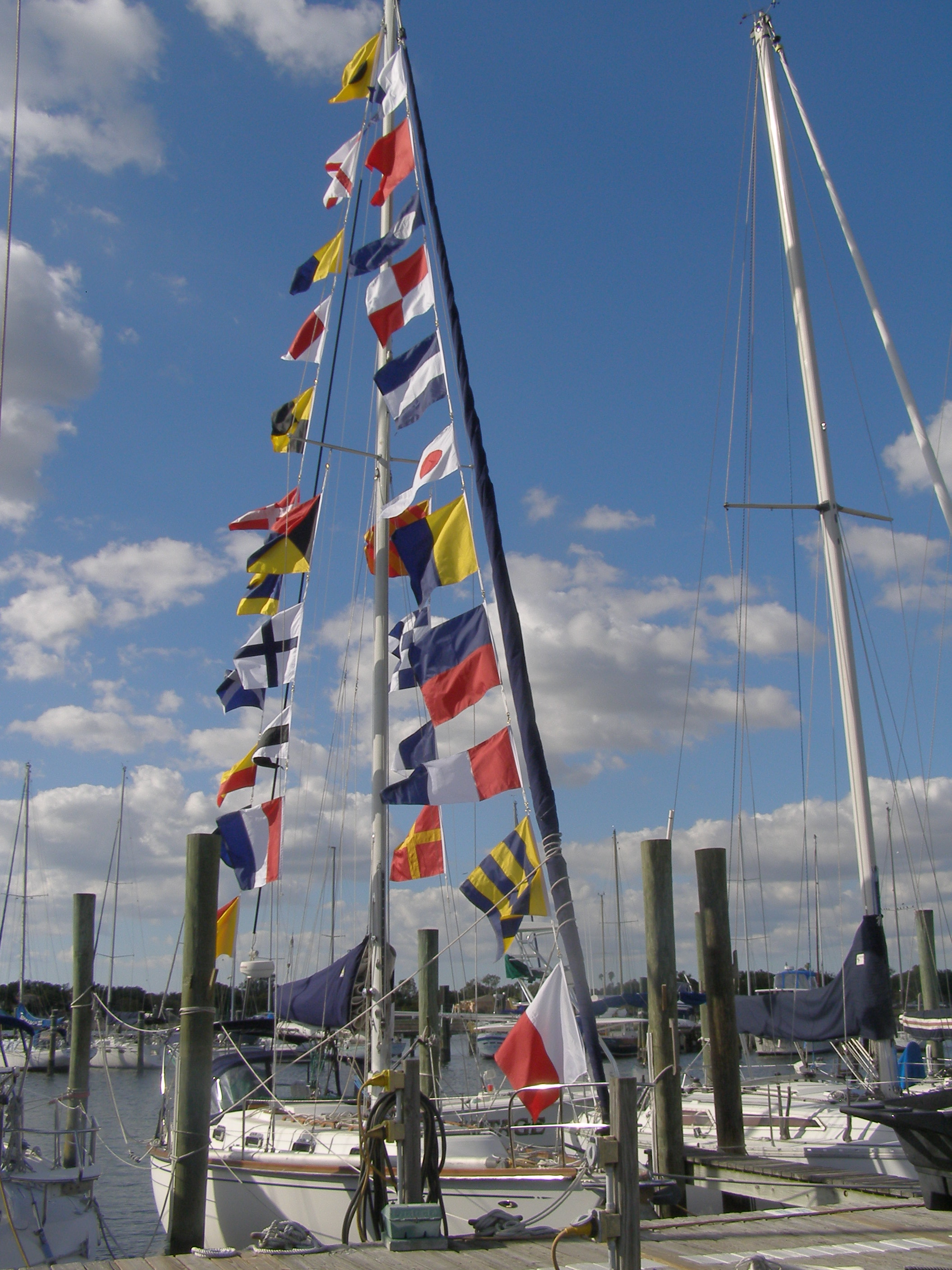 Fishing boats often fly flags denoting their catch. Known as Fishing Flags, these boat flags can feature marlin, sailfish, tuna, albacore, tarpon, wahoo, striped bass, bluefish, shark, mako shark, king mackerel, swordfish and more. They are flown from the port outrigger or spreader, and are flown upside down if the catch is released.

Gettysburg Flag Works also carries a variety of Nautical & Marine Ensigns, as well as Jolly Roger Pirate Flags, and several fun and humorous boat flags, including Mother-in-Law On Board, Baby on Board, Wife On Board and Husband on Board.

Boat Flags: How to Order

When ordering an ensign, or American Boat Flag, we recommend a flag that measures one inch for each foot of boat length. For smaller vessels, a 12x18” flag is usually suffice, while larger boats may opt for the 2x3’ flag. Burgee and personal Custom Boat Flags are generally smaller than the ensign, but can measure up to half an inch for each foot above water of the tallest mast.


Need help ordering a flag for your boat?